Before 2004, Leeds United had spent just 27 of 87 seasons away from the English top-flight. In that time, they had won the league three times, finished 2nd five times and 3rd three times. On top of that, they twice won the then-prestigious Inter-Cities Fairs Cup as well as winning the League Cup and FA Cup once and reaching a grand total of six major domestic finals.

At the turn of the new millennium, they scaled dizzy heights in Europe. In the 1999-00 season, they reached the semi-finals of the UEFA Cup only to be beaten by now bitter rivals Galatasaray in a match marred by violence. The following year, Leeds reached the same stage, although this time in a superior competition, the Champions League. They were beaten again, this time by Valencia. But with two European adventures in as many years, fans presumed Leeds had established themselves at the top table of the modern game.

Fast forward two seasons and Leeds United were relegated to the Championship. Their fate was confirmed before the final day. A dismal season saw them finish 19th with just 33 points. But surely, they would soon be back? Surely a club of this stature couldn’t stay down for too long? Little did they know it would be the start of a 16-year slog away from the sunlit uplands of the Premier League. It was a journey which would take them down to the third tier, dismiss no fewer than 20 managers, and change ownership several times.

For a long time in this 16-year spell, they never really looked like getting anywhere near promotion to the Premier League. Only in the last two years has that been the case. In their first season back in the Championship, they lost the likes of Mark Viduka, James Milner, Alan Smith and Paul Robinson to established Premier League clubs. This proved that they really shouldn’t have gone down with the quality of players at their disposal. With mounting debt and a sub-par squad, it didn’t look like Leeds were getting back to the big time in the immediate future. They finished in a miserable 14th place.

Manager Eddie Gray was sacked at the end of the season and replaced by Kevin Blackwell. The new boss had a strong season in his first full campaign at the helm, helping Leeds to a 5th place finish and a play-off spot. They beat Preston impressively before being trounced 3-0 in the Most Expensive Game in Football by Watford.

Of the 20 managers Leeds had in this dark patch, Blackwell was one of the longest-serving – only ten of them managed a full season in charge. He was dismissed soon after though; poor results at the outset of the 06-07 campaign led to John Carver being put in charge in his place. Carver fared even worse, however, and was axed in favour of Dennis Wise in October.

Unsurprisingly, this chopping-and-changing approach from the board did not manifest good results – it did the opposite, in fact. Leeds were relegated in last place, finishing a dismal 13 points from safety. It was officially the worst season in Leeds history, and 07-08 would be their first in the third-tier of English football.

As they prepared to face the likes Carlisle and South End in League One, Leeds lost some of their best players once more. David Healy left for Fulham and promising youngster Danny Rose departed for Spurs. They did, however, have one player in their squad that would become a fan favourite over the next few years: Jermaine Beckford. The centre-forward scored 85 goals in 152 appearances for Leeds, including one very famous one against Manchester United in the FA Cup in 2010. Seventy-two of those goals came in League One.

Leeds flirted with promotion in their first two seasons in the third-tier, finishing 5th and 4th in 07-08 and 08-09 respectively, but couldn’t get the job done in the play-offs. Finally, Beckford’s goals fired them to promotion in 2010 when they finished second. Carried by a wave of fresh optimism, things were finally looking up for Leeds United.

They very nearly reached the play-offs in the Championship the following season, missing out by only a single point by three points. Now under the seemingly capable stewardship of Simon Grayson, it looked like it was only a matter of time until they were back in the big time.

But the next campaign, they slumped to 14th. And they stayed there or thereabouts for the next seven seasons. Bar one semi-decent season in the 16-17 campaign, Leeds finished no higher than 13th in this period. Mediocrity was becoming the norm at the once-proud Elland Road.

They got through their fair share of managers trying to break the mould. Names such as Neil Warnock, Brian McDermott and Gary Monk came and went before the board finally settled on the man who would restore Leeds to glory.

Paul Heckingbottom was dismissed at the end of the 17-18 campaign after a 13th place finish. Leeds had been uninspiring throughout the campaign and were now becoming something of a running joke for the rest of the Championship. In what was a stunning move, he was replaced by none other than Marcelo Bielsa.

The Argentine brought with him a legendary status and the backing of the coaches he’d inspired, Pep Guardiola to name but one. It’s fair to say he was an instant success. Without making many signings, Leeds rocketed up the table playing an exciting brand of football. They were in pole position for promotion for almost the whole season until they faltered in the last few matches. It was to be the play-offs again.

There, Leeds lost out to Frank Lampard’s Derby County, a team whom the Yorkshire club had created a mini-rivalry with after the now-infamous Spy-Gate incident. They would have to do it all again next season.

But do it they did. There were a few hiccups, and at one point it looked like Leeds might slip up again, but they got there – and as champions too. England’s 10 Greatest Goalscorers of All Time

Goals – they’re the currency of football, and they’re worth their weight in gold. They bring moments of elation and … 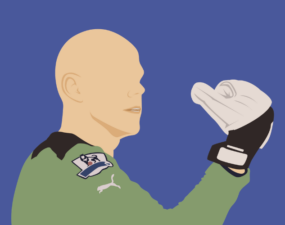 The 10 Oldest Players to Play in the Premier League

The Premier League is widely regarded as one of the most physical football leagues in the world, and players need …