The game’s gone: that is so often the rallying cry from many a disillusioned fan of modern football. Corporatism and hyper-capitalism are rampant within the sport, so much so that petro-states and war-mongers are now a significant presence within its walls.

It has led many to become deeply cynical of the “beautiful” game. In time, Big Football’s money-above-all-else approach may prove counterproductive for the financial elite. We are already seeing fewer fans in stadiums year on year, supporters put off by exploding ticket prices and a sense of detachment to the multi-millionaires out on the pitch. One day, the big wigs may realise that – as sentimental as it may sound – fans are the lifeblood of football, not money.

But while it has certainly manifested itself more boldly in recent years, what with the skyrocketing of transfer fees and the ascension of soulless Red Bull franchises, money has almost always been the driving force behind everything that goes on at football’s top table.

Nowhere is this better explicated than in the Inter-Cities Fairs Cup, a now-defunct European tournament which took place between 1955 and 1971.

Although it morphed into something else altogether, the tournament was originally contested only between teams whose cities hosted an international trade fair. In the modern era, football’s governing bodies have at least operated under the pretence of equal opportunities for less cash-rich clubs, even if the outcome of the system is anything but. But in 1955, there was no attempt to disguise it – this was a tournament to encourage trade international trade. There was no consideration given towards league position of the participating teams; this was solely a money-spinning promotional event.

These types of tournaments do still take place, of course. Dozens of pre-season tournaments take place every year, pitting the most lucrative teams against each other for marketing purposes in areas of the world where said clubs are looking to make financial inroads – the Premier League Asia Trophy, for instance.

The difference between those trophies and this one is that the Inter-Cities Fairs Cup had real prestige. A cursory look down the competition’s winners will reveal some of the biggest names in football at the time. Barcelona are the most successful team to have played in the competition, having won three times. Don Revie’s Leeds, one of England’s most successful clubs in the 60s and early 70s, also won twice. In addition, there were victories for Arsenal, Valencia and Roma. Juventus twice finished runners-up, while teams like Manchester United, Inter Milan, Chelsea, Lyon, Bayern Munich, Marseille, Porto, Sampdoria, Atletico Madrid, AC Milan, Borussia Dortmund, Fiorentina, Athletic Bilbao, Celtic, Sevilla, Liverpool and Lazio all took part in the event on multiple occasions.

The tournament boasted an impressive rollcall of participants, and its organisational origins were similarly salubrious. It was originally the brainchild of then-second in command at FIFA, Ernst Thommen. Ernst had been involved in football for decades by the 1950s. He had been a player with Basel, became President of the Basel City Football Association upon his retirement and then graduated to become President of the Swiss Football Association in 1947.

Thommen went from strength to strength in the bureaucratic side of football, securing a place for himself on FIFA’s Executive Committee in 1954; this was the platform that ultimately helped him establish the Inter-Cities Fairs Cup, as well as the Intertoto Cup in later years. The latter was a side hustle that proved incredibly financially rewarding for Thommen as he was head of the Swiss Pools Committee, a gambling organisation which these companies helped to keep going in the summer months.

He was aided by Englishman Sir Stanley Rous, former referee, Secretary of the FA and President of FIFA. Ottorino Barassi too was instrumental in the formulation of the tournament. He was an Italian football administrator who is famed for his pivotal role in organising early editions of the World Cup – in short, he knew a thing or two about pulling a tournament together.

The results of these three great officiating minds was originally a 12-team tournament. This consisted of four three-team groups. One rather strange rule which was in place for most of the tournament’s lifespan was that no one city could be represented by more than one team. As such, early iterations of the Inter-Cities Fairs Cup were played out predominantly between curious teams named “London XI” or “Leipzig XI.”

Another format choice which made this tournament something of an oddity in its early years was the timespan over which it took place. There were just 23 matches in the first edition of the tournament, and yet they took place over the course of three years from 1955 to 1958.

The very first Inter-Cites Fairs Cup match was a clash between Basel XI and London XI boasting the likes of Jimmy Greaves and Bobby Robson, took place in May 1955. After London prevailed 5-0, the second match took place over four months later with London against triumphant, this time against Frankfurt XI. In a perplexing move, the event’s organisers decreed that the third match of the tournament would be played on Christmas Day 1955. Barcelona (or, rather, Barcelona XI) beat Copenhagen 6-2 at Les Corts. The return leg of Barcelona’s fixture with Basel was not played until 16 months after the 6-2 in Catalonia, while London had to wait another 11 for their own second fixture against the Swiss representatives – and then another six on top of that to have another go at the Germans.

Barcelona eventually prevailed in that tournament, winning their first continental honour – other than the Latin Cup – in the process. They drew 2-2 with London in the first leg of the two-legged final, but absolutely demolished them in the decisive fixture, winning 6-0.

It was Barcelona who were the next champions too. Two years after their first triumph, they once again overcame the English, this time represented by Birmingham City. In the return legs of both finals, the match was watched by a capacity crowd of 70,000. This tournament may have been both long and confusing, but it was proving to be a draw for fans.

It was, however, not recognised by UEFA. As such it never had the prestige of competitions like European Cup which, by the time Barcelona had won just their second title in the Inter-Cities Fairs Cup, had already crowned five winners (each time, it was Real Madrid).

In a move which came as a boost to the competition’s reputation, the organisers moved to make the tournament cover roughly a 12-month spell from the 1960-61 tournament onwards. Birmingham City were once again the unfortunate team as they lost to Roma in the final. The following tournament, Barcelona once again reached the final but this time were unable to wrestle the trophy from the grasp of Valencia who won after a 6-2 demolition job of their Catalan rivals at the Mestalla.

Valencia would reach the final for the next two iterations too, beating Zagreb in the 62-63 showpiece before losing out to Zaragoza in the tournament’s first one-match final in 1964. This trend continued for a further year, with Ferenvacos – a team who had excellent pedigree in this competition over the years – overcoming Juventus 1-0 in Turin. In 65-66, the two-legged final returned, as did Spanish dominance – Barca beat Zaragoza 4-3 on aggregate.

From then on out, English teams dominated the competition. Don Revie’s Leeds United lost out to Dinamo Zagreb in the 66-67 final, the Croats finally winning the trophy after reaching the final three times. Leeds got another bite of the apple next year, however, and this time they took full advantage, beating Ferencvaros 1-0 over two legs.

It was an England-Hungary final the following year too as Newcastle United beat Ujpest, this time by a rather more exciting scoreline of 6-2. Then Arsenal won what for 24 years remained their only European honour when they overcame Belgium side Anderlecht. And, in the final Inter-Cities Fairs Cup, Leeds won their second title, beating Juventus on away goals after a 2-2 in Turin and a 1-1 at Elland Road.

By this time, the Inter-Cities Fairs Cup was a genuinely prestigious tournament. Teams like Barcelona include it in their lists of European honours, even if it wasn’t recognised by UEFA at the time. What had started, quite blatantly, as a cash grab, had transformed into a huge pan-continental tournament. Sixty-four teams contested the trophy in its last two editions. By this time, league place was being taken into account and teams weren’t merely being arbitrarily selected – as such, the tournament became affectionately known as the “Runners-Up Cup.”

It gave teams who wouldn’t normally have a shot at European glory a chance to shine. Why, then, was it stopped? Well, in truth, it never was – it was simply renamed.

UEFA officially took over the competition and renamed it, unimaginatively, the UEFA Cup. So, the truth is that we are still watching the Inter-Cities Fairs Cup on Thursday nights in 2020. This odd little tournament which began as a simple money-spinner to promote trade fairs has turned into what is genuinely one of the supreme competitions in world club football. A Brief History of the Intertoto Cup

The Intertoto Cup is a relic of European football – it’s been 12 years since its last edition. Here we … 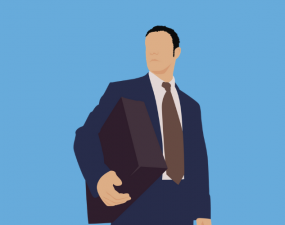 All of us, at least occasionally, are guilty of judging footballers in a reductive fashion. We limit them to a …