Dirty Leeds. It was a nickname which Yorkshire’s three-time league champions earned for themselves thanks to years of what was perceived by the cynical British public as unsporting play. Don Revie – the club’s legendary manager who left the club to take on the England job in 1974, kickstarting Brian Clough’s short and thoroughly unsuccessful reign at Elland Road – was seen as a master of the so-called ‘dark arts’.

As well as being excellent footballers, Revie’s players were physical, combative and instilled with a burning desire to win which meant they would go to any measure to achieve their goals. Whether this is a good or a bad thing depends fundamentally on how one frames it.

There is a lot of talk of the ‘right way’ to play football nowadays, and Don Revie’s Leeds definitely do not fit the mould. With that being said, Leeds of yesteryear were enormously successful and this was in no small part due to the agricultural approach to the game they adopted.

Fast forward nearly half a century and the sport on display at Elland Road could hardly be any further removed. They narrowly missed out on promotion last year playing some of the most sophisticated football the Championship has seen in many years. It was a style which made high-pressing, fluid movement, trust in the individual abilities and gradual approach play central to its ethos.

This year, they are going again and, arguably, they are stronger for having experienced the pain of last season’s play-off defeat to Frank Lampard’s Derby County. They currently sit in 2nd place, three points behind West Brom in top spot and eight clear of Sheffield Wednesday who occupy the uppermost play-off spot in 3rd. So, who is the mind behind this radical, top-down and utterly transformative change in culture at Leeds?

Marcelo Bielsa was born in Rosario, Argentina in 1955 and is widely considered to be one of the greatest minds in the game. His influence has been almost without compare having been labelled as one of the best by the likes of Pep Guardiola, Mauricio Pochettino and Jorge Sampaoli. In his 30+ year managerial career, Bielsa has managed ten club sides and two international teams.

A defender in his playing days, Bielsa turned out for Newell’s Old Boys, Instituto and Argentino before a recurring injury forced him into an early retirement aged just 25. Some have speculated that Bielsa being forced to hang up his boots early in his career gave him more time to focus on the managerial side of the game. Watching from the sidelines rather than from within the heat of battle, Bielsa was able to analyse the game in a scholarly fashion, creating a distinct set of ideas and principles which would become the backbone of his managerial philosophy.

While his tactical approach has changed over the years and the formations he has employed have switched from one to the next, there are certain features which have been constants throughout his time as a coach. He is one of the forefathers of the counter-press which has enjoyed such a dramatic renaissance over the past few years through its use by the two defining managers of the current age, Jurgen Klopp and Pep Guardiola.

His teams always play with what might on first impression look like a suicidally high defensive line meaning when the opposition have the ball their play is squeeze and they are forced to circulate the ball in much tighter pockets. In order to negate this kind of high press, opposition players need to be incredibly composed on the ball and have a superb range of passing and speed of thought. Perhaps this is why Bielsa’s tactics have instilled such opposition terror in the Championship. Although the past two decades have seen a surge in technically gifted players playing in the league, it is still not known for its sophisticated play, especially from defenders.

One of the most impressive aspects of Bielsa’s Leeds United team is that he has completely changed the way they played since their last manager Paul Heckingbottom with an extremely low net-spend. Their outlay was just £10-million last season and in 19-20 they have spent absolutely nothing on permanent arrivals. This approach is testament to Bielsa’s ability as a coach as much as a manager – he makes players better. Glowing reviews of his famed abilities on the training ground have come from almost all of his Leeds United players.

Arguably, the thing that brought Bielsa into the discussion of the greatest managers in world football and made him a cult figure in ‘football nerd’ culture across the globe was his use of the 3-3-3-1 formation (sometimes presented as a 3-3-1-3 depending on how advanced the wingers play) which has since become known as the ‘Bielsa formation’ in his honour.

He first used this system in his years as coach of the Argentina national team from 1998 to 2004. The formation helped the team to the final of the Copa America in 2004 where his team including the likes of Javier Zanetti, Carlos Tevez and Javier Mascherano eventually lost on penalties to arch-rivals Brazil. Before reaching this stage, Argentina played some stunning football in a manner which was well ahead of its time.

The four banks of players (three defenders, three midfielders, two wingers, central-attacking midfielder and a striker) meant that Argentina could move the ball from the backline to the forwards with alarming speed, a tactic which was devastating both on the counterattack and when dominating possession.

The system left some holes defensively, as you would expect from one with only three defenders and no full-back, but they were able to offset this by simply outscoring their opposition. In the three group stage games they played at the 2004 tournament, they scored ten goals. In the knockouts, they scored five goals against Colombia and Brazil, two of the best teams at the tournament.

The 3-3-3-1 system required a very particular set of skills from its players. The formation demands that its players be dynamic – the attackers need to be able to defend and the defenders need to be able to attack. In terms of its brute force too, the 3-3-3-1 had considerable merits. Argentina seemed to have more players than their opposition in every area of the pitch. This facilitated the intense press Bielsa wanted to play with and, when in possession, that his players would always be able to find a pass.

Bielsa continued to use the 3-3-3-1 or a variation of it in his tenures as manager of Chile and Marseille. It is inarguably one of the most iconic tactical setups in the modern game and, although the Argentine coach has now largely moved away from it, it will always be synonymous with Bielsa’s name.

Sandwiched between his days with Chile and Marseille, Bielsa spent two seasons with Athletic Bilbao. This stint was in many ways emblematic of his career – he lost in the finals of both the Europa League and the Copa del Ray. For all Bielsa’s genius and tactical innovation, it has always been a case of ‘nearly but not quite’ with him. He has never won a major honour outside South America and even his early years as a coach he lost in the final of the Copa Libertadores with Newell’s Old Boys.

Leeds’ miniature capitulation at the end of the 18-19 campaign saw them miss out on automatic promotion and drop into the play-offs where, as mentioned, they lost in the semi-finals. In a way, this penchant for falling at the final hurdle adds to Bielsa’s enigma.

But do his teams’ failing stem from a tactical deficiency? Well, there is certainly an argument to suggest this is the case. They don’t call him ‘El Loco’ (the mad one) for nothing. Throughout his career, he has consistently played players out of position in order to better fit them into his system. Defensive midfielders such as Gary Medel and Ibrahim Amadou were played as centre-halves during Bielsa’s time with Athletic Bilbao and Lille respectively while Arturo Vidal, one of the best holding midfielders in world football at the time, was employed as a wing-back. So, is this forward-thinking genius or pointlessly metamorphic madness?

A point which would go against the latter of these two opinions is the rigorous preparation Bielsa goes through in readying his teams to face a particular opposition. His use of video analysis by all accounts borders on the obsessive. In fact, he is a trailblazer in this regard, nowadays every professional club worth its salt has a huge team of analysts who will pour over videos of their upcoming opposition in order to extract as much knowledge from them as is possible. This doesn’t seem like the behaviour of a madman, rather that of an academic. Of course, the most high-profile display of Bielsa’s obsessive tendencies was the now infamous ‘Spy-Gate’ scandal which saw Leeds United lambasted (and, in some quarters, praised) for dispatching a member of staff to observe a Derby County training session secretly. Bielsa revealed that he does the same for each and every opponent claiming that he does so for his own peace of mind as much as anything else – he wanted to leave no stone unturned in his preparation.

The ethics of this practice are up for debate, but the devotion to tactical preparation has to be admired. His almost childlike obsession with the finer points of the game can be captured in the story that was revealed to the press that, when going for a run, Marcelo Bielsa recites every single football formation to himself in a constant loop. There is an almost immeasurable depth of anecdotal evidence which creates the image of Marcelo Bielsa as almost pathologically engrossed in the tactical intricacies of the game.

Marcelo Bielsa’s tactical approach is one of fluidity, collective attacking and defending and cohesion. He is so unusual as a manager because he has his own principles about the game and has not modelled them on anything but his footballing intuition. His modernisation of the game at large is enormously respected throughout football. Coupled with his magnetic personality, Bielsa is truly both a tactical tour de force and a barnstorming football character. 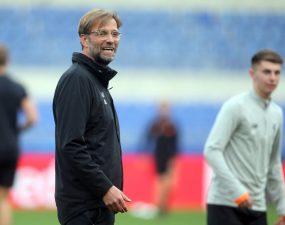 The Tactics of Jurgen Klopp

Throughout the history of football, the game has pivoted from one tactical system being in vogue to the next. In … Sir Alex North of the Border: Ferguson’s Transformation of Aberdeen

The Pre-Aberdeen Years There is arguably no manager as synonymous with a single club than Alex Ferguson with Manchester United. …