One of the legends of South African soccer, whenever Mark Fish touched the ball while playing in his home country, the chant of “Feesh” would ring around local stadiums.

Fish was one of only a handful of South African footballers to make his name in the Premier League where he turned out for both Bolton Wanderers and Charlton Athletic.

His youth career started in South Africa at Arcadia Shepherd where he initially played as a striker, before moving into defence. Fish made his professional debut in 1991 with Jomo Cosmos where he mostly played at left back. He stayed with the club until 1993 when they were relegated from the South African top flight. By the time he left the Johannesburg based club he had made 55 league appearances, scoring 3 goals.

Fish then moved to one of the most famous clubs in South Africa, Orlando Pirates and it was at the Buccaneers that his career really blossomed.

Here he formed part of a formidable Pirates team that won not only the league title in South Africa but the Champions League of Africa (Pirates’ only win to date), the Bobsave Super Bowl and the BP Top 8. In 1996 Fish skippered Pirates to another continental victory, the CAF Super Cup.

With his star on the rise, a move away from South Africa was inevitable. Italy was his first overseas destination when he signed for Serie A club Lazio in 1996. The Italian club payed £1,200,000 for his signature, but his stay in Italy only lasted a season. Fish left Lazio having made only 15 league appearances, scoring a single goal.

In 1997, Fish made a £2,000,000 move to Bolton Wanderers in the English Premier League. He quickly adapted to the rigours of English football and established himself as a crucial member of Bolton’s back four.

Despite his impressive form, and with many opposition players singing his praises, Fish couldn’t stop Bolton from being relegated. The defender decided to stick with the club in the Championship as they attempted to make a swift return to the Premiership and this endeared him to the local fans.

Despite both Fish and his team-mate’s best efforts, Bolton were unable to break back into the Premier League and following the appointment of Sam Allardyce as Bolton manager, his time at the club was coming to an end. In his 103 league outings for the club, Fish managed to score three goals.

Fish returned the English Premier League at the start of the 2000/2001 season, this time in the colours of Charlton Athletic. The “Addicks” payed just £700,000 for his services and at 26, Fish was in the prime of his career.

Making his debut in a 2-0 defeat at Ipswich, Fish soon became a first team regular at the club. His time in south-east London overlapped with that of another South African, Sean Bartlett who also joined the club in 2000.

That South African connection also lead to Charlton working with underprivileged soccer players in South Africa, as well as overseeing the training of a number of coaches in poorer communities.

In November 2003, thanks to its South African connections, Charlton even held a South Africa Day when they played against Fulham.

His time at the club drew to a close in 2005 and for the start of the 2005/2006 season, he went on loan to Ipswich Town after appearing in 102 league matches for Charlton, netting three goals.

Sadly, a serious knee injury in his first appearance for the club saw him damage his cruciate ligaments, forcing the South African international to announce his retirement from the game.

Back in South Africa, in 2007, Fish made a u-turn on his retirement decision and signed a short six-month contract with former team Jomo Cosmos. But after being unable to get properly fit, he didn’t turn out for the club in any league or cup matches.

Mark Fish was a stalwart of the South African national side from the mid-1990s well into the 2000s. After making his debut aged just 19 in 1993 against Mexico, Fish really came to light during the 1996 African Cup of Nations. The Bafana Bafana won the competition and Fish was named in the team of the tournament.

He scored two goals for his country, one of which was an important goal in the quarter-final of the 1996 tournament against Algeria when South Africa ran out 2-1 winners. His only other goal also came in 1996 against Malawi in a 2-0 win in a World Cup qualifier.

Fish also appeared at the 1998 and 2002 FIFA World Cups. He played his final game for his country in 2004 after winning 62 caps and scoring two goals.

Where is Mark Fish now?

Since the end of his football career, Fish has spent all his time in South Africa. He has worked as a TV pundit and even took a role with Bafana Bafana for the 2019 African Cup of Nations.

Fish continues to be involved in charity work and in 2010 was one of the ambassadors for the World Cup held in South Africa.

Did you know? Interesting facts about Mark Fish

– Fish turned down the chance to move to Manchester United in 1996, instead opting for Lazio in the Serie A. This was a strange decision since Fish is a United supporter.

– He has two sons, Luke and Zeke from his first marriage to Loui Fish. The couple divorced in 2011.

– Fish is currently married to Salome Fish and the couple has two children, Isabella and Blake.

– Was often called “The Big Fish” by Bolton and Charlton supporters in England.

– He suffered a health scare in 2014 when he was rushed to hospital with a suspected heart attack.

– Fish is involved in a project to rebuild Caledonian Stadium, the home of his former youth team, Arcadia Shepherds. 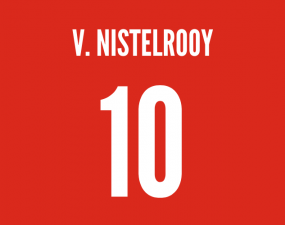