The long and winding career of American soccer legend DaMarcus Beasley began in 1999 when he was drafted by Major League Soccer’s Los Angeles Galaxy. Unlike in most professional football leagues around the world, new, young talent enters Major League Soccer through a draft system that allows talent to be somewhat evenly distributed throughout the league.

Beasley never pulled on a Galaxy kit though, as he was traded to the Chicago Fire almost immediately. This move suited Beasley just fine as he grew up just hours away from Chicago.

At just 17 years old Beasley entered the league as one of the most exciting prospects in American soccer. Major League Soccer was just 4 years old when Beasley first took to the field as a professional, so to have a young star who was getting attention from the likes of Arsenal, AS Monaco and PSV Eindhoven, was a pretty big coup for the league.

Beasley spent four seasons in Chicago totaling 132 appearances and scoring 18 times, in all competitions. While with the Fire, Beasley was instrumental on the left wing leading the team to a U.S. Open Cup and Supporters Shield along the way.

Eventually, the pull of Europe was too strong for Beasley to resist and he was sold to Dutch club PSV Eindhoven in the Eredivisie for $2.5 million.

As a welcome gift to Beasley, Eindhoven manager Guus Hiddink gave the young American the number 11 shirt vacated by Arjen Robben. The pressure was on immediately for Beasley as he was charged not only with replacing a player who had just been sold to Chelsea FC in the Premier League but was given his shirt number.

Despite the enormous pressure, Beasley settled into the squad very well, and quickly. During his first season in the Netherlands, Beasley took the field 29 times in the league and scored 6 times. Beasley picked up his first league title in 04-05 when PSV captured the Eredivisie crown.

Beasley’s star shone brightly during Eindhoven’s 04-05 UEFA Champions League run where Beasley scored 4 times in just 12 matches. This was the season that PSV advanced all the way to the Champions League semi-final before being knocked out by Italian club AC Milan on away goals. It was an incredible accomplishment for the young American.

His second season in Eindhoven was not as fruitful as the first. Sure, he featured in over 30 matches in all competitions for PSV and the team lifted their second straight league title. Individually, however, Beasley could not repeat his sterling form from the season prior. He scored just four times in all competitions.

The following summer, ahead of the 06-07 season, Beasley secured a loan move to English Premier League side Manchester City. During the Premier League campaign, Beasley featured in 18 matches for the Citizens and scored 3 times, including an 83rd-minute match-winner against West Ham United.  Unfortunately for Beasley, injuries derailed his time in Manchester and the loan move was not extended or made permanent.

With a change needed, Beasley took on a move to Scotland with Glasgow giants, Rangers, who bought the winger for just £700,000. Beasley became the second American to play for Rangers, after fellow United States National Team midfielder Claudio Reyna.

Beasley’s Rangers career got off to a bright start with the winger scoring in multiple Champions League matches for the Scottish side and opened his Scottish Premiership account with an early-season goal against Kilmarnock. However, it was a group stage match against Stuttgart that proved to be one of the most important matches of his career.

A collision with Stuttgart goalkeeper Raphael Schafer required Beasley to be stretchered off the pitch. It was later discovered that the knee injury was worse than originally feared, with Beasley not returning until the season was nearly over. In his first start of the season since the injury, in the Scottish Cup Final, Beasley tallied a goal and an assist over Queen of the South. It was the first 90 minutes he’d played since the injury.

Unfortunately, that injury would follow Beasley around for a few more seasons. The following two seasons in Glasgow Beasley was unable to recapture his form from early in his Rangers career and played just 19 total league matches in his final two seasons for the club.

With his playing time massively diminished Beasley sought a move out of Glasgow, which was made possible by a move to German side Hannover 96 on a free transfer. Upon his arrival at the club, Hannover manager Mirko Slomka was quoted as saying, “DaMarcus will give us a further push in the Bundesliga with his international experience.”

Well, he didn’t, as he featured just 4 times all season for Hannover.

At 29 years old and with a knee injury that robbed him of some of the swiftness that made him such an exciting attacking prospect, Beasley was at a crossroads in his career.

Fortunately for Beasley, a move to Puebla in Mexico, and a move to left-back, revived his career.

With his pace diminished by age and injury, a role as a wing-back suited Beasley just right. His remaining quality as a player was on full display to Liga MX audiences and particularly Puebla fans. In 3 seasons in Mexico, Beasley scored 13 goals in 99 appearances.

With his career and reputation restored it was time to move home, and he did just that in 2014 with a move to Major League Soccer club Houston Dynamo. Beasley was welcomed home like a conquering hero, but the injury bug was waiting for him too.

A hamstring injury limited him to just 10 games in his first season. However, in his second season in the league, he was named to the MLS All-Star team and was named Dynamo “Defender of the Year”. Before he retired at the end of the 2019 season, at the age of 37, he managed to earn an additional All-Star game appearance and another Dynamo best defender award.

In 20 years of professional football, DaMarcus Beasley lifted league and cup trophies 12 times in 3 leagues throughout the world and played in a total of 6 countries. That resume is nearly unmatched for an American. He is truly one of the countries greatest soccer exports.

DaMarcus Beasley was a mainstay with the United States Men’s National Team for 16 years. He received his first senior cap at the age of 18, and his final cap at 35. Beasley ranks 5th in the number of appearances for the US with over 120 caps.

Beasley was an integral part of the most successful decades in US National Team history. Beasley was a member of the squad that reached the quarterfinals of the 2002 World Cup in Korea/Japan and played in three subsequent Cups as well. He was also a part of 4 CONCACAF Gold Cup-winning squads.

Beasley totaled 17 goals in those early years of his career when he was starring as an attacker, but continued to start regularly for the national team even when he switched positions to left-back. It wasn’t just his club career that was extended by the position change, but his international career as well.

He retired from international football in 2014, but at the urging of then-coach Jurgen Klinsmann, he returned to the team. Beasley retired for good in 2017.

Where Is DaMarcus Beasley Now?

These days DaMarcus Beasley keeps himself busy by running the Beasley National Soccer School in his hometown of Ft. Wayne, Indiana. The school runs soccer camps throughout the United States and features Beasley himself as well as other professional coaches. Beasley is also an executive with Matrix Athletic Club.

Did You Know? Facts about DaMarcus Beasley

– DaMarcus Beasley was awarded the Silver Ball as the 2nd best player at the 1999 U-17 World Cup.

– He was one of 5 Rangers player to have their cars firebombed while playing in Scotland during 2010.

– Beasley has a personal jewelry line in collaboration with The Diamond Studio, a Glasgow-based jeweler. 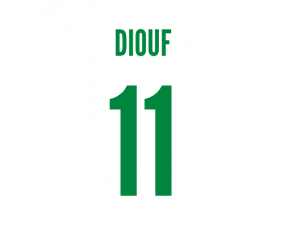