Ashley Cole is a player who won it all at club level and was widely considered to be one of the best defenders of his generation. He joined boyhood club Arsenal in 1997 before making his first-team debut two years later aged 18. Three months later, in February 2000, Cole signed his first professional contract and went on to earn his Premier League debut later that season. Before that he spent part of the season on loan at Crystal Palace where he made 14 Championship appearances.

The following season Cole established himself as Arsenal’s number one left-back following an injury to Sylvinho. He went on to make 33 appearances in all competitions that season as Arsenal completed a Premier League and FA Cup double. Later in his career Ashley Cole would make history by becoming just the second player to win the double with two clubs – Nicolas Anelka remains the only other player to achieve that feat.

Cole’s impressive form continued throughout the 2002/03 season and he was rewarded with another FA Cup winners medal. A year later he’d play a pivotal role in the famous Arsenal Invincibles winning the Premier League without losing a single game, a side that many believe to be the greatest of the Premier League era. And in truth, it’s hard to disagree. With Robert Pires and Freddie Ljungberg providing Henry and Bergkamp with bags of service, Arsenal’s attack was simply frightening. Vieira provided grit and leadership in the heart of midfield while Kolo Toure and Sol Campbell were rock solid at the back. Then there was Cole. He played in 32 of the 38 league games that season and was simply flawless. Defensively he didn’t put a foot wrong and going the other way was one of, if not the, best attacking full-backs of his generation. He had it all.

Another FA Cup winners medal followed in 2005, his third in four years at Arsenal, but things would soon turn sour. That summer Ashley Cole was found guilty of speaking to Chelsea without Arsenal’s permission and was subsequently fined £100,000 for tapping up by the Premier League. Following an appeal, his fine was reduced to £75,000, but the guilty verdict remained. Weirdly, he went on to sign a one-year contract extension at Arsenal quashing any transfer speculation for the time being.

He spent the majority of the 2005/06 season sidelined due to injury. However, he was fit for the most important match of his career to date – the Champions League Final with Barcelona. Arsenal went on to lose the game 2-1, and it would turn out to be Cole’s final appearance for the Gunners.

On 31st August 2006 the inevitable happened, Ashley Cole signed for Chelsea. But in his first season at Stamford Bridge, he suffered a major knee injury. Cole returned on the final day of the season and collected another winners medal after playing twelve minutes in Chelsea’s FA Cup Final win over Manchester United. Ashley Cole loved the FA Cup, and he won it again two years later. During the 2009/10 campaign, Cole would become a double winner with two separate clubs as Chelsea won the Premier League and FA Cup that season.

Cole started all 38 Premier League games the following season and was awarded Chelsea Player’s Player Of The Year Award for his consistent performances. He was at the peak of his game, and at the time there were few defenders, especially left-backs, better than him in world football.

His success continued throughout the 2011/12 season. Not only did the defender get his hands on a 7th FA Cup winners medal, but he was also part of the famous Chelsea team that beat Bayern Munich on penalties to win a maiden Champions League title. He even scored the decisive penalty in the shootout.

A year later and Cole completed his trophy haul with a Europa League title. He’d won all there was to win English and European football. Mission complete. In June 2014 Cole’s Chelsea contract expired, and the defender left the club as a free agent following eight successful years at Stamford Bridge.

Just over a month later and Cole had a new club, A.S. Roma. But the less said about his stint in Italy the better. He made only 11 league appearances in Serie A before terminating his contract with one year remaining.

Within two weeks of leaving Roma, Cole had signed for LA Galaxy in MLS where he’d remain for the next three seasons without having a huge impact. Aged 38 Cole’s playing days were coming to an end, but there was time for one more cameo back in England.

Cole linked up with former Chelsea and England teammate Frank Lampard, who at the time was managing Derby County. Despite only making nine league appearances his experience was crucial to helping the Rams reach the playoff final, which of course they lost to Aston Villa. Cole’s contract expired at the end of the season and later that summer he announced his retirement from professional football. The end of an era.

After impressing for Arsenal Ashley Cole made his senior England debut against Albania in 2001. He’d fast become a Three Lions regular and over a 13-year international career made 107 appearances making him the most capped English full-back of all time.

In 2010 Cole was named England’s Player of the Year, an accolade voted for by the fans.

Cole represented England at three World Cups, Euro 2004 – where he was named in the tournament’s all-star squad – and Euro 2012. After being left out of the 2014 World Cup squad Cole announced his retirement from international football. England’s greatest ever left-back.

Where is Ashley Cole now?

Since hanging up his boots, Ashley Cole returned to former club Chelsea to coach the club’s Under-15 Academy side.

Did you know? Interesting facts about Ashley Cole

– With seven FA Cup winners’ medals, Cole is the most decorated player in the tournament’s history.

– Nobody has played more games for England without scoring than Cole. 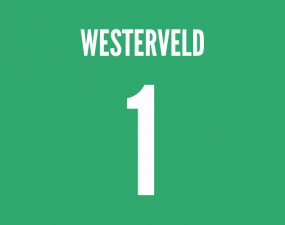