Modern football is a monument to hyperbole. We are obsessed with who has the most fans, scored the most goals, commands the biggest fee. Living under the illusion that all things are binary, warring tribes endlessly bicker over who or what is the best: Ronaldo or Messi, tiki-taka or the Gegenpress, Invincibles or Centurions. Of course, there are no right or wrong answers. But the most joyous player to ever have played the game? Over that, there’s no debate.

Ronaldinho decorated 816 games in his career, the first for Gremio in 1998 and the last for Fluminense in 2015. More recently, he’s found himself playing 5-a-side in a Paraguayan prison thanks to a spot of nefarious passport handling. But from debut to swansong, the illusionist from Porto Alegre captivated his audience with a rapturous carnival of body feints, stepovers and bold-as-brass elasticos. In the best way possible, Ronaldinho was a freak; an anomaly that – in an era of marginal gains, tactical discipline and stat-padding defenders – the world will probably never see the likes of again.

When in motion, great players are recognisable by their silhouettes. Ronaldinho’s was as distinctive as they come. There was so much elasticity in his movement, his limbs flying in one direction before snapping back into place just in time to perform the next figure of the dance; his feet travelled in graceful arcs around the ball as though it was a celestial body with its own gravitational pull, his right arm always slightly raised in a counterbalance like he was a straphanger on the tube – destination: greatness. But, for Ronaldinho, it was never about getting from point A to point B – the devil was in the mesmerising details, the thrill in the chase.

In England, there is a deep-seated distrust of the flair player. For fans of a certain ilk, a footballer who treats the pitch like a stage and not like a battleground – who seems to actually enjoy playing footballer – is a dangerous indulgence, one that threatens the ideals that a century of insularity and conservatism have cultivated. Usually, the sight of a simple stepover, let alone a rainbow flick, would be enough to make the “proper football” man turn up his nose. But Ronaldinho was loved almost universally, even by the famously unimpressed.

Even at the Bernabéu – where, as a Barcelona player, he should have been hated by default – Ronaldinho’s glorious flamboyancy won grudging veneration. On 19th November 2005, Real Madrid fans got to their feet when the blue and red mist produced an individual performance of such joy and imagination that a hundred years of political division were set aside to pay homage. When 81,000 sworn enemies give you a standing ovation, you know you’re doing something right.

Ronaldinho was a whirlwind that evening, pulling the best defenders in the world into his vortex before spitting them out, baffled, dizzy and altogether more humble men for the experience. He treated El Classico like it was an open mic night at a dive bar and he was Aretha Franklin. Being utterly humiliated by him became a rite of passage for footballers in La Liga.

He didn’t do what he did to show off; he did it to entertain. There was no smugness about him when he left a steaming pile of defenders in his wake, just a mischievous twinkle in his eye. Even in his celebrations, there was little conceit, just playful jubilation. If there was a fourth wall to break in football, you get the sense that he’d have looked straight down the lens and said “you enjoyed that one, didn’t you?” after every psychedelic wondergoal.

Though his play was characterised by theatricality, Ronaldinho was no show pony. Yes, he could do dressage, but he was just as comfortable in a gruelling steeplechase over 2½ furlongs. No-one could ever accuse a man who scored over 300 goals in his career and made god knows how many more assists of being a luxury player.

For many footballers, tricks and flicks are merely a vehicle for the ego. But for Ronaldinho, they were an indispensable part of his game. His pride must have swelled when he put defender after defender on the floor, how could it not? But this was just a happy by-product of how effective his bombastic style was.

Modern sport is growing increasingly obsessed with the quantifiable. With so much riding on the outcome of any given elite level football match, investors demand that the game be reduced to a set of factors that they can understand: risk, reward and profit. Moneyball is the name of the game and data is the metric used to evaluate the ability of the players. And while Ronaldinho could compete with any current player in terms of xG, key passes or heat map coverage, he somehow embodies the absolute antithesis of the doctrine they represent.

Even with the millions of petro-dollars circulating behind the scenes, even with all the backhanders, bluffers, chancers, bullshitters and literal warmongers, football is still a game – and games are played for fun. No-one lucky enough to have witnessed Ronaldinho play could deny that they had witnessed a grown man enjoying the kind of pure, juvenile fun that is rarely experienced in adult life. His spirit is the idyllic spirit of football, the antiseptic to the clinical ideology that has infected the beautiful game.

Ronaldinho, a YouTube skill compilation made flesh; all the best parts of football boiled down, synthesised, then built back up again into five feet, 11 inches of incomparable Brazilian magic. For 17 years, he made the best footballers in the world – grizzled stout-hearted men who were paid millions to play the game – look like helpless baby lambs: clumsy, awkward and vulnerable.

If you were lucky enough to witness it, be thankful. If you weren’t, the internet can – at times – be a beautiful tool. Do yourself a solid and immerse yourself in the thousands of hours of Ronaldinho footage that are available. Watch it. Drink it in. Joga bonito. 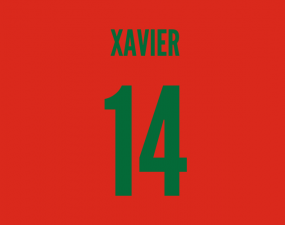