Paolo Di Canio was a maverick. A magician with the ball. He was temperamental and completely unpredictable. All of which made him unbelievable to watch.

Born in Rome, Di Canio spent his childhood standing up to bullies. He was overweight, had knocked knees and was urged to wear orthopaedic shoes. Supporting Lazio didn’t help either. Di Canio grew up in Quarticciolo, a predominately AS Roma supporting neighbourhood. On a daily basis he was called names and bullied for his appearance by classmates and others. But he didn’t hide from them. Instead, he turned his life around by exercising and getting fit. He’d have the last laugh.

Aged 17 Di Canio, now in the best shape of his life, achieved a boyhood dream. He signed for Lazio where he would become a fan favourite. Initially, he was sent out on loan to Serie C2 side Ternana Calcio to gain first-team experience. Di Canio made 33 appearances across all competitions scoring five times before returning to his parent club at the end of the 86/87 season. He was made to wait almost a year before breaking into the first-team, but it was worth the wait.

In October 1988 Di Canio made his first-team debut and went on to play 30 games that season. He announced himself to the Lazio faithful in style bagging the winner in his first Rome Derby. A goal which would prove vital in Lazio’s Serie A survival later that year.

Di Canio made 62 appearances across two seasons for The Eagles before signing for Juventus in 1990. He joined a star-studded side which included the likes of Roberto Baggio, Fabrizio Ravanelli and Gianluca Vialli to name but a few. Di Canio’s talent was clear to see, but he found game time hard to come by in Turin. Despite this, he was part of the Juventus squad that beat Borussia Dortmund 6-1 on aggregate to win the UEFA Cup in 1993, his first piece of silverware.

The Italian was a fiery character and after 111 appearances for the Old Lady things soon turned sour. He had a huge spat with then manager Giovanni Trapattoni, who was never one to shy away from a dispute. Consequently, Paolo was allowed to leave for Serie A rivals, Napoli.

He spent just one season in southern Italy before signing for AC Milan in 1994. The Rossoneri reached the Champions League final at the end of the 94/95 season but lost 1-0 to a great Ajax team.

The following season Di Canio made 22 league appearances as Milan secured the Serie A title ahead of Juventus. Game time was yet again limited though with the great George Weah banging in goals for fun. Unhappy with the situation Di Canio was involved in yet another row with his manager, this time Fabio Capello and there’d only be one winner.

In July 1996 Di Canio was shown the door at the San Siro and eventually joined Celtic in Scotland where he was able to showcase his talent. He scored 15 goals in 37 appearances in all competitions and was named SPFA Player Of The Year after the 1996/97 campaign.

The Italian’s time in Scotland, though, was overshadowed by a poor disciplinary record. He was sent off during a two all draw with Hearts before tempers flared in the Old Firm Derby. After a heated exchange with Ian Ferguson, Paolo gestured towards the Rangers bench which resulted in a yellow card. After the game, he was called to the referee’s changing room where he was shown another booking for his antics.

At the end of the season, Di Canio requested a substantial pay rise which Celtic rejected. Obviously, this didn’t sit well with Paolo, so he refused to join the squad on their pre-season trip to Holland. In August he was on the move once again, as he headed south to England.

On the 6th August 1997, the Italian signed for Sheffield Wednesday, then in the Premier League, for around £4.2 million. He was the clubs’ leading goal scorer in his first season in English football with 14 goals. The fans loved him. But as always the Italian was never too far away from controversy, and in September 1998 he was involved in one of the Premier League’s most iconic moments, but for the wrong reasons.

After being sent off against Arsenal at Hillsborough, Di Canio famously reacted by pushing referee Paul Alcock to the ground. It was a moment of pure madness. As a result, he was handed a hefty 11 match ban and a £10,000 fine. Unsurprisingly he didn’t play for the Owls ever again.

In January 1999, having gone four or so months without playing first-team football, Di Canio signed for West Ham United. Harry Redknapp was the Hammers manager at the time, and he openly admitted it was a huge gamble. A gamble worth taking though. And a gamble that paid off.

Di Canio was exceptional. His creativity helped West Ham to a 5th place finish in the league and qualification to the UEFA Cup via the Intertoto Cup. In March 2000 he scored a spectacular flying volley against Wimbledon which was voted goal of the season and later goal of the decade in December 2009 following a Sky Sports News vote. If for some ridiculous reason you’ve never seen the goal stop reading this and head straight to YouTube. It’s pure filth.

In December 2000, Di Canio was once again involved in a memorable Premier League moment, but this time for all the right reasons. In a game against Everton, with the scores level and the clock running down, the Italian took matters into his own hands, quite literally, as Everton goalkeeper Paul Gerrard was down injured on the edge of his box. Instead of going for an open goal Di Canio caught the ball from a cross and halted play. The Goodison Park crowd rose to a man acknowledging the gesture. It was pure class, and the Italian later received special recognition by FIFA.

Di Canio’s form continued well into the 2001/02 season, which attracted attention from Manchester United and Sir Alex Ferguson. But despite the pull of Champions League football Paolo opted to stay at Upton Park. The following season he could do nothing to stop West Ham being relegated to the Championship and at the end of the season he signed for Charlton.

In his only season at The Valley Di Canio played a huge part in helping Charlton finish seventh. Their highest league position since the 1950s. He signed a contract extension to keep him at the Addicks for another season but made a massive u-turn when boyhood club Lazio came calling again. In August 2004 Di Canio returned to Lazio almost 14 years after leaving.

Like he did in 1989, he scored in the Rome Derby as Lazio won 3-1. But his second stint at the club was marred by his affiliation with the club’s ultras. Di Canio often made a fascist salute to Lazio’s right-wing fans, which of course was highly controversial.

His influence on the ultras was too much for then major shareholder Claudio Lotito to handle. Therefore in 2006, Di Canio’s contract was not renewed and the forward left the club for Serie C2 side Cisco Roma. He made 53 appearances in total for the club before announcing his retirement aged 40.

Where is Paolo Di Canio now?

After gaining his coaching badges after his retirement, Paolo Di Canio was appointed Swindon Town manager following the club’s relegation to League Two.

In one of his first league games in charge, the fiery Italian was involved in a touchline bust-up with Town striker Leon Clarke. Later that season Swindon caused an FA Cup upset beating Wigan Athletic, then of the Premier League, 2-1. Under Di Canio Swindon were promoted back to League One as League Two champions and reached the League Trophy Final but lost to Chesterfield.

Back in League One, Swindon were struggling off the pitch financially. And when the chairman announced there’d be no funds available for transfers Di Canio offered to pay £30,000 of his own money to keep players at the club. With the club on the brink of administration and practically under a transfer ban Di Canio handed in his resignation in February 2013.

He didn’t have to wait long for his next job. Di Canio was announced as a surprise replacement for Marin O’Neil at Sunderland in March 2013. This decision didn’t bode well with the Stadium Light faithful, many of whom opposed Di Canio’s extreme political views.

The Italian faced an uphill struggle to keep Sunderland in the Premier League but secured his first three points in style against arch-rivals Newcastle. A 3-0 win at St James’ Park was Sunderland’s first away victory in the fixture for over a decade. A week later and Di Canio made it back to back wins with victory over Everton, his first at the Stadium Of Light.

Sunderland eventually secured Premier League survival with a game to spare. That summer Di Canio made wholesale changes to his squad, but it failed to have the impact that he’d hoped. The Black Cats secured just one point from their opening five league games resulting in Di Canio being axed after only 13 games in charge. Brief.

– Paolo’s early life health struggles were down to drinking excessive amounts of Cola and similar drinks.

– Di Canio was capped for Italy at Under 21 level and featured for the B team but never earnt a senior cap for his country. 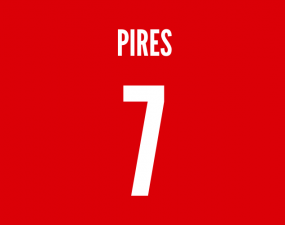