There are players who, despite having only limited time at a particular club, ends up being a club legend. Jaap Stam at Manchester United is one such example. The Dutch defender only spent three years at Old Trafford before being hurriedly packed off to Lazio.

Jakob “Jaap” Stam was born in Kampen in the Netherlands and began his career at local club DOS Kampen. Pretty soon, he was picked up by professional outfit FC Zwolle, who gave him his debut in 1992. Stam was a latecomer to the professional game – he was nearly 20 years old when he made professional debut – but he didn’t let that stop him from becoming one of the best players of his generation.

A strong season at Zwolle saw him picked up by Cambuur in the Eredivisie. This move wasn’t the best for Stam as Cambuur was relegated in his first season. But his displays the following year brought him to the attention of Willem II in the top flight. He only spent half a season there as his impressive displays earned him a move to Dutch giants PSV Eindhoven.

It was at Eindhoven that Stam really came into his own. He joined them midway through the 1995-96 season and immediately won the KNVB Cup with them. The next season, he was at his imperious best as Eindhoven won the Dutch league.

His successes at PSV had caught the attention of a number of big clubs from the continent. After spending one more season in Eindhoven, Stam moved to Manchester United. Part of his motivation was the fact that his life would not be as disrupted in England, as opposed to Italy or Spain. Stam would later reveal in his autobiography that United manager Alex Ferguson met him before PSV had agreed a fee with United. The eventual transfer made him the most expensive Dutch footballer up until that point.

Stam’s spell with United was as successful as it would get. The club had struggled defensively in the seasons prior, and the addition of Stam to a backline that included the likes of Peter Schmeichel, Denis Irwin and Gary Neville strengthened it to a great degree.

His first season at the club proved to be a memorable one. Man United triumphed in the FA Cup, the English Premier League and the Champions League, completing a historic treble. Stam was an integral part of this side, playing 51 games all season, with 30 of them coming in the league. His only goal for the club came during this season too as he scored one in a 6-2 demolition of Leicester City.

Manchester United wasn’t as successful overall the following season but still went on to win the league title again. They added the Intercontinental Cup to their kitty as well, and Stam remained a vital part of the side, playing 33 league games.

Stam’s third and final season at the club was marred by injury and he only made 23 appearances for his side. But he was still able to add one more Premier League title to his collection. At the beginning of the 2001-02 season, Ferguson made the curious decision to sell Stam to Lazio. This transfer is still debated by fans to this day.

There were rumours that Ferguson decided to sell the player after a falling-out caused by Stam’s autobiography which revealed a bunch of unsavoury things about the manager and his teammates. Ferguson though, would maintain that it was a purely business decision as Stam was now 29 and returning from a serious injury.

With Lazio offering a whopping £16 million, the offer was too good for the Scot to resist. It would prove to be a mistake in hindsight with Manchester United enduring a barren few years after the big Dutchman’s departure.

Stam spent three less fruitful years at Lazio, with his only piece of silverware being a Coppa Italia in his last season at the club. He made the switch to AC Milan in 2004-05. Inter and Juventus were also reportedly interested in him at this point. Still, Stam chose Milan due to his admiration for the club, where many of his idols like Marco van Basten, Ruud Gullit and Frank Rijkaard had once played. The highlight of his time at the club was a run to the Champions League final, which they eventually lost to Liverpool on penalties.

At the end of the 2005-06 season, Stam returned home to the Netherlands to play for Ajax with whom he won one more KNVB Cup. The defender finally hung up his boots in 2008.

Jaap Stam made his Netherlands debut in 1996. By the time the 1998 World Cup arrived, he was an important member of a talented Dutch side that included the likes of Dennis Bergkamp, Marc Overmars, Edwin van der Saar, as well as Ronald and Frank de Boer. The Netherlands eventually reached the semi-final of the World Cup where they lost out to Brazil.

He again reached the semi-final of a major tournament two years later in Euro 2000 but he played an unfortunate role in the Dutch being knocked out of the competition. In the penalty shootout against Italy, he missed a crucial spot-kick that ended up costing his team dearly. After failing to qualify for the 2002 World Cup, the Netherlands again reached the semi-final at Euro 2004 but lost to Portugal. Stam retired from international football after this competition.

Where is Jaap Stam now?

Jaap Stam’s post-playing career started in the most innocuous way – he returned to former club Manchester United as a scout in 2008. A year later, he took to coaching, joining another former club in PEC Zwolle as an assistant coach. The same year, he had a stint as a caretaker manager of the club.

In 2013, he returned to former club Ajax as an assistant coach, taking charge of the club’s reserve side the following season. That went on for two years before Stam was approached by English championship club Reading to become their new manager.

Stam made a good start to life at Reading, leading them to the Championship play-offs. He even signed a two-year contract extension with the club. However, Reading’s form slipped sharply in Stam’s second season, and he left the club with Reading lying 20th in the league after a run of one win in eighteen games.

The Dutchman chose to return to his home country, taking the reins of PEC Zwolle in 2018. However, his second stint with the club lasted only a few months as Dutch giants Feyenoord came calling. But again, he only lasted a few months in that role, stepping down after a heavy loss to Ajax.

Outside of coaching, Stam is also a philanthropist, taking part in matches organised by Soccer Aid.

He made his return to coaching in May 2020, when he was appointed as head coach of FC Cincinnati in Major League Soccer.

Did you know? Interesting facts about Jaap Stam

– Soon after leaving United for Lazio, he failed a doping test and was suspended for five months, which was later reduced to four. Stam denied any wrongdoing. 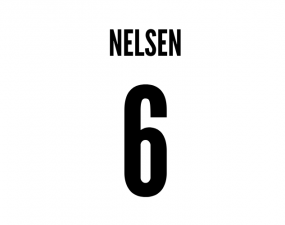 Brian McBride: From MLS to England and Back