You’ve got to be pretty special when Sir Alex Ferguson, who’s managed some of the best players to have played in the Premier League, believes you deserve a starting spot in his all-time eleven. Denis Irwin was pretty special — it’s just that his unassuming nature means few recognised it while he was an active player.

Irwin was Manchester United’s starting left-back during one of the club’s most successful periods, and was known as an extremely reliable defender. So much so, that once, after a poor back-pass that led to an Arsenal goal, Ferguson said it was Irwin’s first mistake in ten years.

Curiously enough for a United legend, Irwin began his career with rivals Leeds United, who were then in the second division. Next, the Irishman who had excelled at Gaelic sports like hurling as a youngster, moved on to Oldham Athletic in 1986.

It was at Oldham that Irwin began to capture the attention of the big clubs. In the 1989-90 season, he was part of Oldham’s unlikely run to the semi-final of the FA Cup, where they were stopped by his future team Manchester United. That same season, Irwin and Oldham also reached the final of the League Cup where they lost to Nottingham Forest. These displays put Irwin, a versatile full-back who could play either flank, on United’s radar.

In 1990, United would sign him for a fee of £625,000. A year later, Ferguson would sign Peter Schmeichel for only £100,000 less. Ferguson would describe that as the bargain of the century, but Irwin’s transfer couldn’t have been that far behind.

Manchester United lifted the European Cup Winners’ Cup in Irwin’s first season at the club, but the rest of it was largely forgettable. A sixth-place finish in the league increased the pressure on Ferguson.

The next season saw United get really close to the league title, losing out to Leeds United. By now, Irwin was a vital cog in Ferguson’s plans — only newly-signed goalkeeper Schmeichel and Mark Hughes started more league games than him.

The 1992-93 season brought with it the title win that everyone was craving. Irwin again played a big role, contributing not just defensively, but scoring five goals as well. The most exquisite among them was a 30-yard screamer against Coventry City. Irwin would later recall winning that first league title as his favourite moment in a United shirt.

Irwin and United lifted the league and FA Cup double the following season and the pressure of expectations was increasing on the Red Devils. Amusingly, the Irishman found an interesting way to cope with it — he would go home and play chess.

By the time, the treble-winning 1998-99 season came around, Irwin was one of Ferguson’s most important players. He played 48 games for the club that season and found himself on the scoresheet three times. He was 34 by now, but his display in the Champions League final win over Bayern Munich made it seem like he was far younger.

In August 2000, Irwin was handed a testimonial match after completing a decade at the club. That match came against Manchester City and the heated nature of the encounter meant he was taken off injured after a tackle by George Weah.

By this time, it was becoming clear that an ageing Irwin’s time at United was coming to an end. He left the club at the end of the 2001-02 season, taking the armband in his last game against Charlton. It had been a fruitful stint for both club and player.

Twelve years at Old Trafford had yielded seven Premier League titles, one Champions League win, three FA Cups, one League Cup and a European Cup Winners’ Cup. He had appeared in over 529 games for the club during one of its most successful phases, earning the respect of many of his peers.

When Roy Keane was asked to list the his greatest teammates, he listed Irwin above the likes of Cristiano Ronaldo. Irwin also made two Premier League teams of the year and was selected in the Premier League team of the decade in 2002.

Despite leaving Manchester United, Irwin wasn’t done with his club career just yet. He joined Wolverhampton Wanderers and played a big part in them getting promoted to the Premier League. But he was unable to prevent them from being relegated the following season, and announced his retirement from football.

Denis Irwin made his international debut in 1990, but missed out on being part of the Republic of Ireland’s World Cup squad that year. However, the following year, when he was beginning to show his worth for Manchester United, he had more or less booked a first-team spot.

Irwin would continue to hold that place when the 1994 World Cup came along. Ireland qualified for the knockout phase of the tournament from a tough group which included Mexico, Italy and Norway. However, they exited after a 2-0 loss to the Netherlands at the Citrus Bowl in Orlando.

Where is Denis Irwin now?

After retiring as a player, Irwin returned to Manchester United in 2004 to work as a presenter on their in-house television channel MUTV. Irwin also serves as a club ambassador. He has also appeared on RTE Sport, most notably during their coverage of the 2010 World Cup, and writes for the Sunday World newspaper in Ireland.

Did you know? Interesting facts about Irwin

– Irwin was not only good at football, he once made a national final in chess.

– Along with Roy Keane (who did not play the final), he was the first Irishman to win a Champions League since its 1993 restructuring.

– Irwin was famous for never being injured — only in his last two seasons for Manchester United did he play less than 35 matches.

– He remains United’s second-most decorated player ever with 13 medals. Only Ryan Giggs has more. 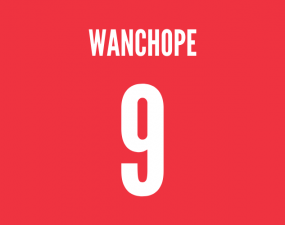