Joe Cole was part of the very productive West Ham United youth set up, coming through the ranks just after other success stories such as Frank Lampard and Rio Ferdinand. He was an in-demand footballer from an early age, with top clubs chasing him as a schoolboy. Kevin Keegan even brought him in to train with the national side as a 17-year-old. He played his first West Ham game at the same age during the ‘98/99 season and went on to make 9 appearances that campaign.

Cole was a creative player, using his flair to make chances for his teammates as well as find the net himself on occasion. He was probably most renowned for his dribbling, with Pele once describing him as having the ‘skills of a Brazilian’. His talent with the ball at his feet allowed him to play in various attacking positions, either on the wing, as an attacking midfielder or behind a striker.

In his second season in East London, Cole began to make more of an impression, playing in 32 of West Ham’s games and scoring his first goal for the club. That Year would also see him win his first trophy with the Hammers finding success in the Intertoto Cup at the beginning of the season. The next campaign would be relatively uneventful for the club, but Cole would continue to impress. He would go on to be made club captain during the ‘02/03 season and be named Player of the Year. Unfortunately for Cole and the East London club, the season would end in relegation.

West Ham came with an offer of a new contract, but Cole would reject it in favour of a move to the club he supported as a boy. Chelsea paid £6.6 million for the midfielder in the first summer of their takeover by billionaire Roman Abramovich. During his first season, Cole struggled somewhat, making many of his appearances from the bench and finding a settled position hard to come by.

In his second year with the club his playing improved under new manager Jose Mourinho, and a strong run of form saw him scoring regularly and winning the March Premier League Player of the Month award. Chelsea would go on to win their first Premier League title that season alongside a League Cup victory.

He started the next season as a regular for Chelsea and was a vital part of the team that won a second consecutive Premier League title. He scored probably his best goal in Chelsea colours in the game that settled the title, as he received the ball with his back to the goal, and he wrangled his way past three Manchester United defenders before blasting the ball into the top corner. His performances earned him a slot in the PFA Team of the Year, and he extended his Chelsea contract for 4 more years.

The following campaign would see the start of injury issues that would dog the latter stages of Cole’s career. He suffered a fractured foot and would only make 24 appearances in all competitions. However, he would manage to play a part in Chelsea’s FA Cup win. Cole had better luck with his health in ‘07/08, and would again play a major part in the Blues side, who made it to the Champions League final which they lost on penalties after he was substituted. He was given the Chelsea Player of the Year after his excellent season.

Unfortunately for Cole, injuries would put an end to his next season around the Christmas period, as a ruptured ligament required surgery. This would be the injury that Cole said made the remainder of his career an ‘uphill struggle’. He would return to the Chelsea side in October of the ‘09/10 season, which would see him win both his 3rd Premier League title and 2nd FA Cup with the club. His contract expired at the end of the season, and he made a move to Liverpool in the summer.

His Anfield career started poorly, as he was sent off in his first Premier League game for the Reds then missed a penalty in the Europa League. He never really nailed down a spot in the Liverpool side and often came off the bench.

The following season he was loaned out to the French side Lille, and he had a successful season in France with the reigning champions. He frequently played alongside Eden Hazard and Dimitri Payet as they finished 3rd in the league. On his return to Liverpool, he made a few appearances in the first half of the season, before returning to West Ham in January on a free transfer.

Sadly he wasn’t the same player that he was in his first spell and didn’t play a great deal, often coming on as a substitute and still struggling with injuries. He played two seasons at Upton Park and moved onto Aston Villa, where again he barely played. During his second season at Villa Park, Cole went on loan to League One side Coventry City in a move that was made permanent until the end of the season.

That summer he would move to the Tampa Bay Rowdies in the second tier of the USA football pyramid, where he would play 3 seasons in the twilight of his career. A three-time FA Cup and Premier League winner, Joe Cole’s career is one that screams ‘what if?’ but through no fault of his own, another talented player, unfortunately, held back by injuries.

Joe Cole’s first appearance for the full England side came in 2001 in a friendly against Mexico. He began to be named in England squads for tournaments, but only as back up, making one substitute appearance in the 2002 World Cup and not playing in Euro 2004.

By the 2006 World Cup his Chelsea performances had earned himself a place in the side, and he scored his most memorable goal for England against Sweden, a long-range dipping volley that left the keeper with no chance. England would exit the tournament in the quarter-finals though, and they wouldn’t qualify for Euro 2008.

Over the coming years, Cole would continue to play for the national side in qualifiers and friendlies. He would make the 2010 World Cup squad, but he wouldn’t play a big part, with his substitute appearance against Germany being his last appearance for the Three Lions.

Where is Joe Cole now?

Towards the end of his playing career at the Tampa Bay Rowdies, Joe Cole was made a player-coach. Though soon after he retired as a player, he left the Rowdies to become part of the coaching staff in the Chelsea academy, where he remains at the time of writing. 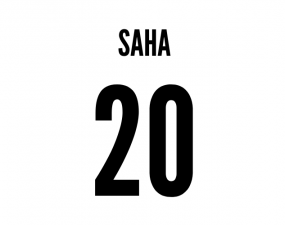