Not many would dispute Peter Schmeichel’s place among the greatest goalkeepers of all time – his record for both club and country is truly exceptional. Apart from the World Cup – an unrealistic proposition for someone playing his international football for Denmark – he won virtually everything else on offer.

Peter Schmeichel was born to a Danish mother and a Polish father and briefly held Polish citizenship for the first few years of his life. That changed at age 7, when he, his father and siblings, took Danish citizenship. Less than one year later, he was starting a game for his local football club.

He played for his local side Gladsaxe-Hero in the lower levels of Danish football until he was 21 and then signed for Hvidovre IF, a top-flight club. During this period, Schmeichel had to work several side-jobs to make both ends meet and was even working for the World Wildlife Fund at one point in time. However, his life turned upside down in 1987, when he was offered a contract by Danish giants Brondby.

Schmeichel spent the next four years at the club and won the league in three of those seasons. He was the best goalkeeper in the league during this time, even cementing a place in the Danish national team. The tournament that catapulted him to international fame was the 1991 UEFA Cup where unfancied Brondby reached the semi-finals. He kept two clean sheets in the third-round tie against Bayer Leverkusen. The ‘keeper then starred in the quarter-final against Torpedo Moscow, where he won the tie for his team during a penalty shootout. In the semi-final, Brondby came up against a superior Roma team, but Schmeichel managed to keep a clean sheet in the first leg at home. Brondby was only knocked out thanks to a late goal from Rudi Voller in the second leg.

The Dane was now 27 and time looked to be running out for a big-money move to one of Europe’s top leagues. However, his performances for Brondby in the season prior had people talking. One of the reasons he was catching everyone’s eye was his unorthodox technique – something that he claimed was the result of his early days spent playing as a goalkeeper in handball. The star jump, a technique where he would face an onrushing shot by jumping high into the air with both arms and legs outstretched was borrowed from handball, according to Schmeichel. His technique, combined with his fearsome frame made him quite the prospect.

In 1991, the offer he had been hoping for finally came from England, where Manchester United boss Alex Ferguson was keen on taking him to Old Trafford. The transfer fee agreed was a meagre £505,000, a sum that Ferguson would later describe as the bargain of the century.

Manchester United, at that point, were not the behemoth they are today and hadn’t won the league for a couple of decades. Ferguson was trying to whip a tired, ill-disciplined squad into shape and Schmeichel was the first of many signings that kicked off a period of dominance for the Manchester club.

The Dane made an instant impact as United ended the season with the best defence in the league. However, their quest to win the league title was fruitless as arch-rivals Leeds United pipped them to the championship by three points. They did taste some success though, lifting the League Cup for the first time in their history.

All that changed in Schmeichel’s second season at Old Trafford. The arrival of Eric Cantona from Leeds had galvanised United’s attack, but Schmeichel played his part to perfection. Of the 42 matches that United played in the league, the Dane kept a whopping 23 clean sheets. The Red Devils conceded only 31 goals over the course of the season and finished with a goal difference that was twice that of Aston Villa in second place. The league title they won that year was their first in 26 years.

The next season was even more successful with United completing the league and cup double, but it was almost marred by Schmeichel leaving the club. In January 1994, United squandered a 3-0 lead against arch-rivals Liverpool and drew 3-3. That led to a heated argument between Schmeichel and Ferguson, reportedly ending with the latter deciding to boot the goalkeeper out of the club. The story goes that Ferguson changed his mind after eavesdropping on Schmeichel who was apologising to his teammates.

The 1994-95 season was barren with United failing to win any of the big trophies on offer. Schmeichel though had another stellar season in the league, helming a defence that let in only 28 goals in 42 games. United’s fortunes turned the next year with another league and cup double with the Dane again playing a big part. With Ferguson opting to replace many of his experienced stars like Paul Ince and Mark Hughes and usher in younger players from the academy, it was left to the likes of Schmeichel and Cantona to play the role of elder statesmen.

The beginning of the 1996 season though cast a big shadow on Schmeichel’s career after he was accused of racism by Arsenal striker Ian Wright. No evidence was found though, and the case was later dropped. The Dane shook the controversy off and was at his best for most of the season as United cruised to yet another league title.

After losing the 1997-98 title to Arsenal, Man United started the next season on a mission to recapture its former glory. Schmeichel, by now, was 35 and had spent seven long seasons at Old Trafford. He had decided that his body could no longer take the rigours of the long seasons that United were often subject to and made up his mind to leave the club at the end of the season. But his farewell season was to be his most memorable yet for Manchester United.

In 1998-99, Manchester United had the most successful season of any club ever in England and won a historic treble — the Premier League, the FA Cup and the UEFA Champions League. Schmeichel played a significant role in all three of those triumphs. In the FA Cup semi-final against Arsenal, Schmeichel saved a late penalty from Dennis Bergkamp to send the match into extra-time. United would win it after a wonder-goal from Ryan Giggs.

He then led the team onto the pitch in the Champions League final against Bayern Munich at Camp Nou, in the absence of regular captain Roy Keane. United went behind in the first half and trailed for most of the match. With just minutes left until the final whistle, Schmeichel ran up for a corner to try and cause confusion in the oppositions penalty box. That corner was somehow turned in by Teddy Sheringham. Then, minutes later, Ole Gunnar Solskjaer scored the winner off another corner. As club captain, Schmeichel lifted the Champions League trophy.

The Dane’s impact at Old Trafford was so big that after he left, Alex Ferguson had a lot of trouble replacing him. Records show that an astounding 42 per cent of the matches that Schmeichel had started for the Red Devils ended in clean sheets. After his departure, Manchester United went years with the goalkeeping position in flux. Mark Bosnich, Massimo Taibi, Fabien Barthez, Roy Carroll and Tim Howard all tried in vain to fill Schmeichel’s shoes. It was not until Dutch goalkeeper Edwin van der Sar came to United that Ferguson finally had a dependable keeper again.

After leaving Old Trafford, Schmeichel first went to Portuguese club Sporting Lisbon. There, he won the league in his first season with the club. But Schmeichel’s Portuguese stint did not last too long, returning to England in 2001 with Aston Villa. Oddly enough, he ended his illustrious playing career at Manchester City. Despite briefly lacing up for United’s cross-city rivals, he is still firmly remembered as a Manchester United legend and one of the great goalkeepers of all time.

Peter Schmeichel experienced great success with the Denmark national team after making his debut for them in 1987. The highest point of his international career was Euro 92 where Denmark went in as a replacement for Yugoslavia, who had pulled out due to the Balkan Wars, and ended up winning the tournament.

Schmeichel was the hero in the semi-final as Denmark dumped out a star-studded Netherlands team on penalties. He saved the all-important spot-kick from Marco van Basten. Then, in the final, he kept a clean sheet against Germany as Denmark celebrated an unlikely title triumph.

He also found a place in Denmark’s 1998 World Cup squad where they made it to the quarter-finals. Their run in the tournament was ended by a defeat to eventual runners-up Brazil.

In 2000, he joined a select list of goalkeepers to have scored for their national teams after he converted a penalty against Belgium in a warm-up game to Euro 2000.

Where is Peter Schmeichel now?

After retirement, Peter Schmeichel became a television pundit appearing on multiple channels including the BBC. He also carved out a career on non-football television, hosting shows on various networks including TV3, the Discovery Channel and Russia Today.

Did you know? Interesting facts about Peter Schmeichel

– His son Kasper Schmeichel is a goalkeeper as well, playing for Leicester City. Like his father, he won the Premier League title in 2015-16.

– Schmeichel has never lost in a Manchester derby, neither with United nor while playing for City.

– In the 1985-86 season, he scored a staggering six goals for Hvidovre. He has eleven in total for club and country. 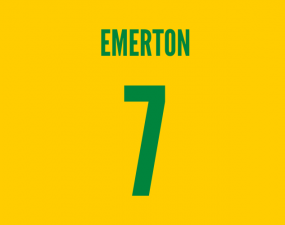