That Australian goalkeeper Mark Bosnich was talented was never in question. Liverpool manager Kenny Dalglish wanted him as a kid and he remains the only player to have been signed twice by Sir Alex Ferguson. But when people look back on his club career, they tend to linger more on the controversies that he created than his performances.

He was born into a Croatian family in Sydney – his father had emigrated to Australia from what was then Yugoslavia in 1959. Strangely enough, the sport that he first took a liking to was rugby. But before long, he was playing the beautiful game.

Bosnich’s big break came when he was 16 when a local scout promised him a trial at Liverpool. A young Bosnich spent three days there and Liverpool were reportedly impressed enough to consider signing him. However, Manchester United caught wind of the development and Ferguson, the club’s manager at the time, convinced him to opt for the Red Devils instead. It was 1988 and teenage Bosnich had just signed for one of the world’s biggest clubs.

The Australian did not have to wait too long for his debut, playing in the league against Wimbledon. He was just 18 at the time and he even kept a clean sheet. But Bosnich had a problem – he still did not have a work permit. Ferguson initially wanted him to go on loan to Brondby so that he could spend a couple of seasons there before qualifying for a work permit. However, this was not an interesting prospect for Bosnich and his United stint was over before it had really even begun. He returned to Australia and signed up with Sydney Croatia (now known as Sydney United).

But he was not back in his homeland for long, returning to England to sign for Aston Villa in 1992. This is the point where all the controversies that would plague him throughout his playing career started. Bosnich found a way past the work permit regulations that had ended his United stint – he married what he described as a long-term girlfriend. However, British officials were not satisfied and conducted an investigation into his marriage. Curiously, his marriage ended just months after officials dropped their enquiry.

Bosnich had a long stay at Aston Villa and despite a slow start to life at the West Midlands club, his talent began to shine through. In the 1993-94 season he starred in Villa’s only trophy of the season – the League Cup. In the two-legged semi-final, Tranmere shocked Villa in the first leg, trouncing them 3-1. But, Villa bounced back in the return leg at home, winning 3-1 and taking the match to the penalties. Bosnich clinched the tie for his team, saving three shots in the shootout.

In the final, Aston Villa came up against Bosnich’s old club Manchester United and once again, the big Australian was impressive. He made a couple of crucial saves as Villa won the game 3-1 and lifted the title. That was not the only time he lifted the League Cup with Villa. In the 1995-96 edition, Bosnich kept a clean sheet in the semi-final second leg against Arsenal as Villa progressed on away goals. He would repeat that feat again in the final as the Villans trounced Leeds 3-0.

But despite this success, his time with Aston Villa was littered with controversy. Perhaps the biggest of them came in 1996 when he performed a Nazi salute in a game at Tottenham Hotspur – a club that had a sizeable Jewish fanbase. Bosnich claimed that he was only doing that to mock Jurgen Klinsmann, Spurs’ German striker whose name the crowd had been chanting. His actions saw him receive a censure from the Football Association.

More controversy came in 1999 when he was arrested hours before he was supposed to get married. Bosnich had been out celebrating at a pub when he had an altercation with a photographer. The police consequently arrested him for assault and he received bail just hours before his wedding.

Bosnich’s Villa career ended on a sour note after he let his contract run out in 1999. He had made 227 appearances for the West Midlands club, of which 179 were in the league. His next move, surprisingly, was to return to the club where his English sojourn had started – Manchester United.

At Old Trafford, a stiff challenge awaited Bosnich – he had to replace one of the greatest goalkeepers of all time in Peter Schmeichel. He was the closest thing that the club had to a No 1 in the 1999-00 season, though he split keeping duties with Massimo Taibi and Raimond van der Gow. United won the title and Bosnich now had a Premier League winner’s medal to add to his growing list of achievements.

However, his relationship with Ferguson soured greatly during this period. In his autobiography fifteen years later, Ferguson would go on to call Bosnich a terrible professional. Despite the title win, Ferguson decided that he needed a new goalkeeper and brought in French World Cup winner Fabien Barthez from AS Monaco. This was the proverbial nail in the coffin for Bosnich’s second stint at Old Trafford and he did not play a single game the following season.

After his Manchester United contract was terminated by mutual consent in 2001, Bosnich signed for Chelsea on a free transfer. He was injured when he signed and missed the entirety of the 2001-02 season. However, another controversy arose as soon as he had regained his fitness. In September 2002, Bosnich failed a drug test, receiving a nine-month ban from football. An outraged Chelsea terminated his contract and his career was effectively over. He was just 30 when this happened and should have had his best years ahead of him.

It took him six years to resume his playing career, and when he did, he’d be back in Australia where it all began. First Bosnich had a short stint with the Central Coast Mariners in the A-League, before winding down the clock at Sydney Olympic in the NSW State League competition.

Bosnich played international football for Australia during a time when qualifying for the World Cup seemed almost impossible for the Socceroos. After breezing through the weak Oceania division, Australia would almost always run into a stronger team in the play-offs. Bosnich would later cite this as one of the reasons he decided to repeatedly snub the national team.

In an international career that featured more disappointment than joy, a definite highlight was his role in Australia’s run to the final of the 1997 Confederations Cup in Saudi Arabia. Bozza and his teammates drew with Brazil and beat Mexico and Uruguay on the way to the final. However, the showpiece event proved a step too far for the Socceroos with Brazil beating them convincingly 6-0.

Despite being an established Premier League player for nearly a decade, Bosnich only made 17 official appearances for Australia. He did have one achievement that few goalkeepers can boast – he scored a goal against the Solomon Islands, slotting home a penalty.

Where is Mark Bosnich now?

Bosnich can be found on television screens these days in his native Australia, working as football analyst for Fox Sports Football.

Did you know? Interesting facts about Mar Bosnich

– Just before he failed his drug test, Bosnich recalls a young John Terry trying to warn him about the company he was keeping.

– After his Chelsea ban, his cocaine addiction worsened to the point where he was reportedly taking 10 grams a day.

– During the worst years of his addiction, he once nearly shot his father, mistaking him for an intruder. 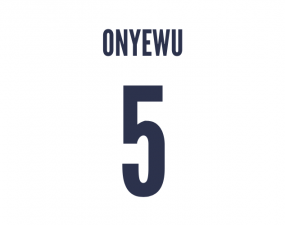 Oguchi Onyewu: The Man Who Wouldn’t Back Down From a Fight