Once, Twice, Three Times a Winner…

In total, there are just three managers who hold the distinction of having won a trio of Champions League trophies: An Englishman, a Frenchman and an Italian.

Liverpool legend Bob Paisley was the first manager to oversee three Champions League (or European Cup as it was known in those days) successes and remained the only one to do so for over 30 years. The scene of his first triumph was in Rome when Liverpool vanquished Borussia Mönchengladbach 3-1 with goals coming from Terry McDermott, Tommy Smith and Phil Neal. It was a replay of the 1873 UEFA Cup Final which Liverpool also won 3-2. The 1977 victory, which was Liverpool’s first in the competition, kickstarted a period of dominance for the Redmen in which they won four editions of the competition in eight attempts. The last of these came when Joe Fagan was at the helm but the Scotsmen certainly lived in the house that Paisley built in this regard.

Paisley’s second European Cup success came immediately the first, in 1978. Liverpool this time overcame Club Brugge 1-0 in a relatively turgid final with Liverpool marksman supreme Kenny Dalglish clinching the result for the club. Paisley’s Liverpool side then had back-to-back disappointing campaigns in Europe, failing to make it past the First Round before winning the competition for a third time in 1981, beating Real Madrid 1-0 in Paris courtesy of an Alan Kennedy goal.

Thirty-three years after Paisley’s final European success in 1981, Italian manager extraordinaire Carlo Ancelotti became only the second coach to win the Champions League thrice. He is also unique in this shortlist in that he is the only manager to have done so with more than one club.

In 2003, two years into his managerial career with his former playing club AC Milan, Ancelotti saw his formidable side – which featured the likes of Paolo Maldini, Andrea Pirlo, Clarence Seedorf, Andriy Shevchenko and Filippo Inzaghi – beat Juventus on penalties after a 0-0 draw in the first all-Italian Champions League final in the tournament’s history.

Four years later, Ancelotti’s Milan were lifting the trophy again after convincingly beating Raffa Benitez’s Liverpool 2-1 in Athens. Sandwiched between these two Champions League successes came AC Milan’s defeat against Liverpool in the 2005 final which they had led 3-0 at half-time – it was a defeat which made the 2007 victory all the sweeter.

Finally, Ancelotti won the Champions League for a third time in 2014 with Real Madrid, a triumph which saw him draw level with Paisley. Real Madrid beat cross-city rivals Atletico Madrid 4-1 after extra time after Sergio Ramos had saved Los Blancos with an injury-time header in normal time.

Ancelotti is now back back in the Premier League with Everton, after departing Napoli.

The third and final manager to have three Champions League winner’s medals on his already over-flowing mantlepiece is Real Madrid coach Zinedine Zidane. Like Ancelotti before him, Zidane is one of just seven managers to have won the cup as both a player and a manager. He won it at Hampden Park in his playing days as Real Madrid overcame Bayer Leverkusen 2-1 and Zidane himself scored that goal, a left-footed volley that was audacious and nonchalant in equal measure.

Fast forward 14 years and the enigmatic Frenchman would be on the winning side again, only this time he was making waves in the dugout rather than on the pitch. After a disappointing 1-1 draw with Atletico Madrid, Cristiano Ronaldo scored the winning penalty to earn Real Madrid La Un Decima – their 11th Champions League title.

The following season, they repeated the feat and became the first club in the modern era to retain the trophy. Ronaldo was once again instrumental; he scored two goals as Real Madrid overturned Juventus in Cardiff by four goals to one.

At this point, it seemed Zidane could do no wrong. But surely a third triumph in succession was too much to ask. But, it transpired, it wasn’t. In 2018, Real Madrid were arguably slightly fortunate to beat Jurgen Klopp’s Liverpool 3-1 in Kyiv. It was a final memorable for a staggering overhead kick goal from Gareth Bale and two goalkeeping howlers from Lorius Karius. Still, it propelled Zidane into the history books.

Now back at Real Madrid after a brief time away from the club, the Los Blancos hopeful will expect similar European achievements sometime soon.

There are 17 managers currently tied in joint-second place on two Champions League titles. José Villalonga, Luis Carniglia, Miguel Munoz and Vicente del Bosque all won two European Cup/Champions League titles with Real Madrid. Stefan Kovacs masterminded back-to-back Ajax triumphs in 1972 and 1973 as did Arrigo Sacchi with AC Milan in 1989 and 1990. Brian Clough, one of the game’s great wits, oversaw arguably the most unlikely European Cup triumphs in history as his Nottingham Forrest side, who had played in the Second Division just a few years before, won two titles in as many years in 1979 and 1989.

One of the great criticisms of Sir Alex Ferguson was that he did not achieve the success that he ought to with Manchester United in Europe. It is the mark of how great the man is that he won two Champions League trophies – in 1999 and 2008 – and still, people asked for more. More recently, Jose Mourinho has joined the list of twice-winning managers. After his initial underdog success with Porto in 2004 which sprung him to worldwide attention, Mourinho won the Champions League again in 2010 with Inter Milan as part of a famous treble. Either side of Mourinho’s triumph with the Italian giants came successes for Pep Guardiola’s revolutionary Barcelona side who won the competition in 2009 and 2011, beating Alex Ferguson’s Manchester United on both occasions. 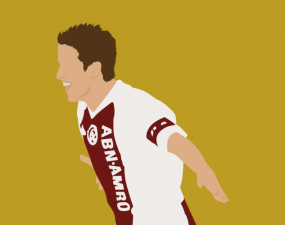 The annual UEFA Champions League is undoubtedly the world’s premier club competition. It not only plays host to Europe’s elite …

In international football, there is perhaps no better tournament for throwing up shocks than the European Championship. Played since 1960, …