Since 1960, the European Championship has been held every four years, pitting together the best national sides in Europe in an epic feast of football.

For obvious reasons, the quadrennial pattern was interrupted this year. Holding the first pan-continental edition of the tournament would not have been the wisest idea in the height of a global pandemic, but the rationale did not make the loss of such a spectacle any easier.

In its absence, however, we have time to look at the competition’s 15 winners since its inception 60 years ago. So, without further ado…

With four appearances in the European Championship final, the now-defunct Soviet Union can stake a genuine claim to be the most successful team in the competition’s history. In 1960, they became the competition’s very first winners, beating Yugoslavia 2-1 after extra-time in France. The tournament was still in its embryonic stage at this point; only four matches were played in total, with the Soviet Union overcoming Czechoslovakia in the semi-final by a 3-0 scoreline. In the final, a goal from blister-hot striker Viktor Ponedlnik secured them the silverware.

The Soviet Union, a goliath force at the time, reached the final yet again in 1964. But it was ultimately Spain who triumphed on home soil at the Santiago Bernabeu in front of nearly 80,000 delighted spectators. The tournament was still a four-team event in 1964. Spain beat well-fancied Hungary in the semi-finals but needed extra-time to do so. The Soviet Union cruised past Denmark in their own semi-final. In the final itself, the match got off to a frenetic start, with both teams scoring a goal apiece in the first ten minutes. Spain’s winner would not come until six minutes from time, however, with striker Marcelino scoring a superb header.

Like Spain before them, Italy became European champions on home soil in 1968, beating Yugoslavia in the only Euro final ever to go to a replay. Italy’s victory was perhaps the most serendipitous and the most bizarre as it only came about after Italy won a coin toss to reach the final. The Soviet Union held them to a 0-0 draw in the semi, and with the scores level after extra-time and no contingency plan for a replay, the referee said the coin toss was the fairest way to decide which nation progressed. In the final, Italy scored a late equaliser to take the game to extra-time and with the scores still level after 120 minutes, a replay was scheduled. There, Italy comfortably beat Yugoslavia 2-0.

West Germany won their second international honour after the World Cup in 1954, trouncing the Soviet Union in the final in Brussels. Their talismanic striker Gerd Muller scored four times in Germany’s two games at the tournament. The first two came against the hosts Belgium in the semi-final. The Soviet Union had narrowly seen off Hungary in the other semi-final but were no match for the Germans in the tournament decider. Muller scored twice, one either side of Hacki Wimmer’s strike, to secure the Championship for West Germany.

1976 was the last edition of the European Championships to feature just four teams. It was a unique event in more ways than one. Every match, for instance, went to extra-time. But the most iconic image from the 1976 tournament is Antonin Panenka’s dinked penalty kick which won the tournament for Czechoslovakia – that style of penalty has since been named after him. It came after a 2-2 draw in 120 minutes against West Germany. Czechoslovakia had taken a two-goal lead before the Germans pegged them back. Prior to the final, Czechoslovakia had overcome the favourites, the Netherlands, beating them 3-1 after extra-time.

West Germany became the first team to win the European Championship twice when they triumphed in 1980. The tournament was the first expanded edition, with eight rather than four teams taking part. The competition began with two group stages, with the winners meeting in the final. The Germans beat Czechoslovakia and the Netherlands before drawing with Greece. Those five points (it was still two for a win in those days) were enough to take them top of the group. They faced Belgium who had narrowly topped their own group, winning once and drawing twice. West Germany won 2-1 in the final courtesy of a late Horst Hrubesch goal.

Just as they would win their first World Cup on home soil, France triumphed in their own back yard in 1984. They beat Spain 2-0 in the final, with goals coming from Michel Platini and Bruno Bellone. Platini had been in sumptuous form throughout the tournament, scoring nine goals in just five matches. The first came in a 1-0 win against Denmark in the group stage. Platini scored a hat-trick in France’s second group stage game as his side put neighbours Belgium to the sword in a 5-0 demolition job. Another hat-trick followed in the final group stage match as Platini scored all of France’s goals in a narrow 3-2 victory over Yugoslavia. It took extra-time for France to reach the final, with Platini scoring the decisive goal in a 3-2 win over Portugal.

For a country with such a rich football heritage, it is surprising that the 1988 European Championship is the Netherlands’s only silverware. The Dutch only narrowly advanced from the group stage, finishing second after losing their first match – coincidentally against the Soviet Union, who they would face in the final – but recovered by beating England and the Republic of Ireland. They got the better of their fierce rivals West Germany in the semi-final, a late strike from Marco Van Basten taking them to the final. In the final itself, the Dutch were comfortable, beating the Soviet Union 2-0, though the Soviets did miss a penalty.

Denmark pulled off one of the biggest upsets in continental football history when they won the European Championship in 1992. They were fortunate to emerge from the group stage after drawing 0-0 with England in their opener and losing to hosts Sweden 1-0 in their second fixture. They did excellently to beat France in their final group stage match, however. A 2-1 victory saw them through to the semis as runners-up. It took penalties to advance past the Netherlands in their penultimate clash. Ironically, the final was their most comfortable match. They beat Germany 2-0 in a match widely credited for bringing about the introduction of the back-pass law.

The tournament doubled in size from eight to 16 in 1996. In the end, it was Germany who managed to best manoeuvre their way through this new format. They advanced from the group stage after wins against the Czech Republic (who they would later face in the final) and Russia and a draw against Italy. They squeeze past an excellent plaudit-pulling Croatia side in the quarter-final before beating hosts England on penalties in the semi-final. The final itself is one of two to have been decided by a golden goal, with substitute Oliver Bierhoff’s strike squirming through the Czech Republic goalkeeper’s grasp.

The tournament was decided yet again by a golden goal in 2000. This time it was France’s David Trezeguet who notched the decisive striker in the final against Italy. The match had only gone to extra-time after Sylvain Wiltford had equalised for France in added time in normal time, taking the score to 1-1 before Trezeguet broke Italian hearts. France reached that stage courtesy of another golden goal in the semi-final with Zinedine Zidane scoring a penalty to beat Portugal. Before that, France beat Spain in the quarter-final after advancing to the knockouts as runners-up from Group D. They beat Denmark and the Czech Republic before suffering defeat to the Netherlands, but that wasn’t enough to stop France from ultimately going on to glory.

Greece’s triumph at Euro 2004 is certainly up there with Denmark’s 1992 victory in terms of upsets. They faced accusations of a negative style of play, but that won’t matter one jot to their fans. Greece began their Euro campaign with a 2-1 victory over hosts Portugal in the group stage – it was a sign of things to come, for sure. They followed that up with a draw against Spain before a 2-1 loss to Russia meant they progressed, not as winners, but as runners-up in Group A. They beat a strong France team in the quarter-final thanks to an Angelos Charisteas strike which set Greece up for a 1-0 win. In the semi-final, Greece saw off the Czech Republic, again by a 1-0 scoreline. Just as they had in their very first match, Greece overcame Portugal in the final. A 1-0 win was all it took, yet again, to ensure a historic triumph for Greece.

Spain’s Euro victory in 2008 was the beginning of their imperious era. Playing a bewilderingly effective brand of tiki-taka football, the Spaniards swept all before them, breezing through the group stage before advancing through the knockout rounds to the final. They started as they meant to go on, demolishing Russia 4-1, with David Villa scoring a superb hat-trick. It took a stoppage-time winner, again from Villa, to ensure they won their second group stage match 2-1 against Sweden. They left it late against the holders Greece too, but eventually triumphed, also with a 2-1 result. They needed penalties to get past world champions Italy in the quarter-finals but made much lighter work of Russia in the semis, winning 3-0 in a dazzling display. A single Fernando Torres goal in the final against Germany saw Spain win their first trophy since 1964.

Spain became the first team to retain the Euros in 2012. They were high on confidence after winning the World Cup in South Africa and their squad boasted some of the finest names ever to play the game. Spain drew their first match 1-1 against Italy, before thumping the Republic of Ireland 4-0 in their second group stage fixture. They rounded the initial stage off with a 1-0 defeat of Croatia. A Xabi Alonso double saw France fall 2-0 to the Spanish sword, before a penalty shootout win over Iberian cousins Portugal saw them advance to the final. They destroyed Italy in the Olympic Stadium, winning 4-0 courtesy of goals from David Silva, Jordi Alba, Fernando Torres and Juan Mata.

While Portugal’s Euro 2016 victory in France is not quite in the same category as the Danish and Greek upsets, it is still a creditable underdog victory. It is a wonder that the Portuguese made it that far at all. They drew all three of their group stage games and only advanced to the knockout rounds as one of the best 3rd-placed teams. It took extra-time for them to overcome Croatia in the round of 16, Ricardo Quaresma’s goal taking them to the quarter-finals. There, only a penalty shootout separated Portugal and Poland after a 1-1 draw. In fact, the semi-final was the only match Portugal won in normal time. They beat upstarts Wales 2-0 with goals from Ronaldo and Nani. After Ronaldo withdrew due to injury, France looked to have the upper hand in the final. But a brilliant strike from Eder ten minutes from time won Portugal their first-ever international trophy. 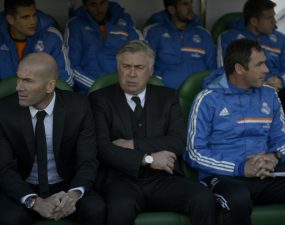 In football, it is most often forward lines that are eulogised about. Whether it’s strike partnerships or modern front-threes, it’s … Over the years, there have been a number of upsets in the European Championships. The first major example is Czechoslovakia’s …