The annual UEFA Champions League is undoubtedly the world’s premier club competition. It not only plays host to Europe’s elite football clubs, but also the world’s best footballers such as Juventus’ Christiano Ronaldo and Barcelona’s Lionel Messi.

Many other great players have passed through the competition over the years and a number of clubs have lifted the trophy since its introduction 1992. However, one thing that has remained constant; the iconic Champions League anthem.

The anthem is played before kick-off in every match in Europe’s premier competition and thanks to worldwide interest in the event, the tune has become one of the most recognisable compositions on the planet.

The Champions League anthem, simply titled ‘Champions League’, was composed by Tony Britten and was largely inspired by George Frideric Handel’s Zadok the Priest. The recorded version heard before each match is sung by the Academy of St. Martin in the Fields and played by the Royal Philharmonic Orchestra.

“When you’re on the pitch and you listen to the anthem you know it’s an important and special match.” – Lionel Messi

Whilst the whole song goes for just under three minutes, the most familiar part of the composition is the chorus, which features the three official languages of UEFA; English, French, and German, along with the lyrics “Die Meister! Die Besten! Les grandes équipes! The champions!”.

The song is not just reserved for the match day experience. It is played before and after televised matches and has also featured on a number of video games over the years including Pro Evolution Soccer and most recently FIFA 20.

UEFA quotes on its official website that “the anthem is now almost as iconic as the trophy.” What do you think?

The tune was remixed by soundtrack composer Hans Zimmer and rapper Vince Staples in 2018 to celebrate EA Sports football becoming the official video game license holder of the Champions League. The remix was included in both the FIFA 19 video game and its trailer.

“Magic… it’s magic above all else. When you hear the anthem it captivates you straight away.” – Zinedine Zidane.

Did you know? Since its revamp, the UEFA Europa league now has its own, less recognisable anthem? Have you heard it? Check it out here.

These are the champions For a long time, the World Cup was considered the pinnacle of football – success in the competition was the …

In international football, there is perhaps no better tournament for throwing up shocks than the European Championship. Played since 1960, … 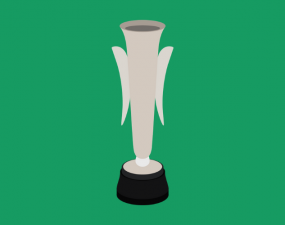 The game’s gone: that is so often the rallying cry from many a disillusioned fan of modern football. Corporatism and …