A man that played for a number of teams including Bayern Munich and Liverpool as well as becoming a stalwart in the German national team, the tale of Markus Babbel is one of excellence… and plenty of silverware!

Babbel started his career at Bayern Munich, making 8 league appearances for the German giants in the early 1990s. A move to Hamburger SV followed in 1992 and it was here that Babbel started to show his talent while establishing himself as a regular in the first-team.

From that year until 1994, Babbel made 60 league appearances for the club, getting on the scoresheet once. He returned to Bayern Munich in 1994 and between then and 2000, Babbel had a period of massive success with the club.

He established himself in the first team with ease, playing in defence but mainly as a right back. His performances for Bayern attracted a host of clubs at the time but he remained with Bayern for six years, playing 170 times in the league and ending with 9 league goals.

While at the club, Babbel helped Bayern to three league titles, three DFB-Pokal cups, a UEFA Cup and was a Champions League runner-up.

In 2000, a new challenge beckoned as Liverpool came calling. And while he enjoyed plenty of success with the Merseyside club, Babbel was also forced to fight a debilitating sickness that seriously cut into his playing time.

In fact, between 2000 and 2004, Babbel only made 42 league appearances for the Reds. That was as a result of suffering from Guillain–Barré syndrome which attacked his nervous system and left him struggling for any feeling in his legs.

Babbel took a year to recover from the virus and once he did, he was loaned out to fellow Premiership outfit Blackburn Rovers between 2003 and 2004. After getting 23 league caps for Rovers and netting 3 goals, Babbel’s Liverpool contract was not renewed.

During his time on Merseyside, Babbel won the UEFA Cup for a second time as well as the UEFA Super Cup, the FA Cup and the League Cup. The highlight of his time at Anfield though was definitely the 2001 UEFA Cup Final win over Alavés.

The German started at right-back in a backline that included Sami Hyypiä, Stéphane Henchoz and Jamie Carragher. However, it’s not his defensive efforts he’ll be remembered for that night. Babbel scored an important first half goal in the Reds 5-4 golden goal victory over the Spanish side at the Westfalenstadion.

He returned to the Bundesliga in 2004 with VfB Stuttgart and remained at the club until 2007, further adding to his silverware collection with yet another Bundesliga title. Babbel’s career came to an end at the conclusion of the 2006/07 season after he had appeared for Stuttgart in 46 league matches in total.

Markus Babbel was capped 52 times by Germany and managed one international goal. That came in 1995 in a 4-1 friendly win over Georgia.

He was also part of the German side that won Euro 1996 when they beat the Czech Republic 2-1 with a golden goal from Oliver Bierhoff clinching the title.

Interestingly, his international career came to an end while he was relatively young when it ended in 2000.

Where is Markus Babbel now?

While his career may have ended in 2007, Markus Babbel was certainly not done with football. After getting numerous coaching licences, he went into management, starting his career as the assistant manager of his last club, Stuttgart.

By 2008, he was the head coach, taking over a club who were languishing in 11th place. By the end of the season, Babbel had led his team to third place overall and Champion’s League qualification. Stuttgart quickly tied Babbel down to a three-year contract but sadly, the next year wasn’t as successful.

With Stuttgart languishing in 16th place after 15 games, he was sacked in December 2009 after a 1-1 draw with VfL Bochum.

He then became the head coach of Hertha BSC, a position he held from June 2010 until December 2011. Babble was again sacked after a run of poor performance, but not before helping them win the second division and earn promotion to the Bundesliga.

Babbel then moved to the top job at 1899 Hoffenheim and led the club from February 2012 till December 2012.

His next managerial job came in Switzerland with Babbel in charge of FC Luzern. So far this has been his longest span in management, presiding over the club from the end of 2014 until 18 games into the 2016/2017 season.

Babbel’s next managerial post saw him move to Australia where he took the reins at the West Sydney Wanderers on 19 May 2018. He was relieved of his position on 20 January 2020.

Did you know? Interesting facts about Markus Babbel

– Markus Babbel was once courted by Manchester United in 1995. The prestigious English club agreed to take him from Bayern Munich for 5 million pounds. But the deal never eventuated. 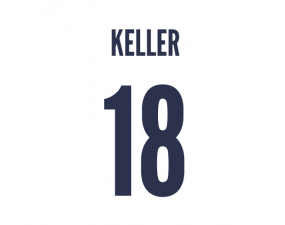