There are many players who get their big move too early in their careers. Unable to make the most of the opportunity, they drop down to lesser clubs and struggle to resurrect their career under the weight of the dreaded ‘wasted potential’ tag. Not Diego Forlán, though. His first big move to Europe – a stint at Manchester United – did not go quite according to plan. But Forlán still went on to forge a memorable career, winning among other things, the Golden Ball at the 2010 World Cup.

Forlán first came to the attention of the wider footballing world through his exploits at Argentinean club Independiente. After proving himself as a goalscorer there, Forlán attracted the attention of Europe’s elite.

At first, it appeared that Middlesbrough had won the race to sign him after Independiente agreed a fee with the club. But once Forlán arrived in England, Manchester United matched the transfer fee, and that was enough to make the Uruguayan a Red Devil. Forlán would later reveal that United had expressed interest long before Middlesbrough ever came into the picture and that he couldn’t say no to Alex Ferguson.

Forlán joined during the January transfer window in 2002 but failed to score in the 13 appearances that he made that season. He scored his first goal for United the following season during a Champions League match against Maccabi Haifa. That looked to be the start of a run as he scored a late winner in the very next game against Southampton in the Premier League.

Arguably the most memorable moment of Forlán’s United career came a couple of months later when he scored two goals against Liverpool as the Red Devils beat them 2-1. That season was also to be Forlán’s most productive in a United shirt – his 45 matches yielded 9 goals.

However, that was not enough for Ferguson, who began to look elsewhere in his quest for goals. Forlán started the next season with a seven-match barren run and that did not help his cause. In came Louis Saha in January and Alan Smith soon after. Despite playing a lesser role, Forlán still managed to contribute eight goals in 32 appearances that season.

By the time, the 2004-05 season started, the writing was on the wall for the Uruguayan. There was talk of Wayne Rooney arriving from Everton – a transfer that would be completed just eleven days after Forlán’s departure. A host of Spanish clubs were fighting for his signature, but it was Villarreal who eventually won the race.

Forlán took to Villarreal like his Old Trafford stint was a bad dream and it was here that he revitalised his career. He scored in his debut, a 2-1 loss to Valencia and did not stop finding the net after that. Particularly memorable that season was the hat-trick that he scored against Barcelona. His goals propelled Villarreal to third in the table. Forlán won the Pichichi Trophy for the top La Liga goalscorer with 25 goals. It was a dream start to life in Spain.

His next season with the club was not as memorable as Forlán scored only 13 goals all season. But he still managed to reach the semifinal of the Champions League with Villarreal. The following season, he found his scoring boots against slotting home 21 goals and that was enough for Atletico Madrid to come calling and splash the cash on him.

Forlán, a €21 million capture, was intended as a replacement for Fernando Torres who had just left for Liverpool and he proved more than capable of filling the Spaniard’s shoes. He set about forming a formidable partnership with fellow South American Sergio Aguero and he finished the season with 23 goals as Atletico qualified for the Champions League.

The next season was his most successful in Spain as he plundered 35 goals in 45 matches in all competitions. Of those, 32 came in the league as Forlán won the Pichichi Trophy yet again.

Atletico Madrid had a disappointing season in 2009-10, but Forlán kept up his scoring rate. His 28 goals included 18 in the league. He would end up staying one more season with the club, managing only ten goals before leaving for Italian giants Inter Milan.

His spell with Inter was disappointing as he was often played out of position. After scoring just twice all season, Inter terminated his contract and Forlán left for Brazil to play for Internacional. While at the Porto Alegre based club, Forlan lifted the Campeonato Gaúcho, but on an individual level he never really set the league alight.

A string of strange moves followed. After his time in Brazil, Forlán resurfaced in Japan with Cerezo Osaka before going back home to wear the colours of his boyhood club Peñarol. There he won the title before heading back to Asia for short stints with Mumbai City FC in the Indian Super League and Kitchee in Hong Kong. In August 2019, Forlán finally announced his retirement from football.

Diego Forlán had a long and fruitful international career with Uruguay. He represented his country in three World Cups, including 2010 when they reached the semifinal of the tournament.

The forward was in red-hot form throughout that tournament scoring five goals and finishing as the joint top-scorer. He was also awarded the Golden Ball award for the best player of the tournament.

His other memorable tournament in Uruguay colours came a year later when Uruguay won the Copa America title. He scored twice in the final against Paraguay, goals that made him Uruguay’s highest-ever scorer (Luis Suarez and Edinson Cavani would later overtake him).

At 35, Forlán found himself in Uruguay’s 2014 World Cup squad. However, he had a tournament to forget, failing to find the net. Shortly after the tournament, Forlán announced his retirement from international football, having amassed 112 international caps, scoring 36 goals.

Where is Diego Forlán now?

After retiring, Diego Forlán announced his intentions to move into coaching. He already has the required badges to coach in South America and has said that he is pursuing the necessary qualifications to coach in Europe.

– Diego Forlán is a third-generation Uruguayan international. Amazingly all three generations of his family – him, his father and his grandfather have won the Copa America.

– He regards Paul Scholes as the best player he has played with. 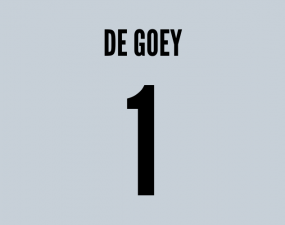