Jay-Jay Okocha was one of the most technically gifted players to grace the Premier League. He was completely unpredictable, which made him an absolute joy to watch.

Born in Enugu State, Nigeria Okocha inherited the nickname Jay-Jay from his elder brother James. The pair spent endless hours on the streets playing football with makeshift balls. They’d use anything from bottles to paper scrunched up and everything in between. And when they got their hands on an actual football, well that was a bonus.

From an early age it was clear to see Jay-Jay was talented and in 1990, aged 17, he joined his local side Enugu Rangers. He was a cut above everyone else in his team, and later that year he got the breakthrough he deserved.

While on holiday in Germany Jay-Jay met up with compatriot and good friend Binebi Numa who was playing for Borussia Neunkirchen in the Third Division. One morning Okocha was invited to training with Numa and was asked to join in the session, the rest you could say is history. The Neunkirchen coach was so impressed he invited Jay-Jay back the next day before eventually offering him a professional contract.

He made 35 appearances for the club, winning three trophies before a brief stint at Bundesliga 2 side FC Saarbrücken where he continued to impress. In December 1991 Okocha got his big break signing for Bundesliga outfit Eintracht Frankfurt. He joined some big names in the Die Adler squad including Thomas Doll and the legendary striker Tony Yeboah.

Jay-Jay took to Germany’s top-flight like a duck to water, he was different class. And in 2003 he scored what would later be voted goal of the season by numerous media outlets. His mazy run into the penalty area ended with a composed finish past the great Oliver Khan. He had the ball on a string, the goal was magical.

Things soon turned sour though. In 2005 Okocha, Yeboah and Maurizio Gaudino were all involved in a spat with coach Jupp Heynckes which resulted in the trio departing the club. Yeboah and Gaudino both moved to England shortly after, while Okocha waited until the end of the season before signing for Turkish giants Fenerbahçe following Frankfurt’s relegation to 2. Bundesliga.

Okocha averaged a goal every other game in Turkey bagging 34 times in 62 appearances. Many of which were direct free kicks. The Nigerian wizard was a dead ball specialist. He could hit a postage stamp from 30 yards.

After two years in Turkey, Okocha was on the move once again. His fine form had attracted the attention of Paris Saint-Germain, and when the French side had an offer of around £14million accepted by Fenerbahçe, Okocha would become Africa’s most expensive player at the time.

During his four year stint in the French capital, Okocha blew hot and cold. In front of goal, he failed to replicate the goal-scoring form that had earned him his move to Le Parc des Princes in the first place. He scored just 12 goals in 84 appearances, but to be fair to him there was much, much more to his game. He could pass. He could dribble. He could split defences open, and he was a wizard with the ball at his feet. So it was no surprise when he was asked to mentor a certain Ronaldinho, who was a teenager at the time.

In his first season at PSG Okocha won the Trophee des Champions before winning the UEFA Intertoto Cup in 2001. A year later, once his contract was up, Jay-Jay swapped Paris for Bolton, joining Big Sam’s Wanderers on a free transfer. It was a massive coup for the side, and he became an instant hit with the fans.

Okocha added skill and flair to a side that was more known for its physical, direct style of play. In his first season at the Reebok Stadium Okocha scored seven goals to help Bolton steer clear of relegation, including a sensational team goal which was later voted Bolton’s greatest Premier League goal by fans in 2008.

The following campaign Okocha was handed the captain’s armband and guided Bolton to their first cup final in almost a decade reaching the League Cup Final where they lost to Middlesbrough. Okocha’s influence on the team was clear to see. Ask any Bolton fan, and they’ll tell you just how magical he was. They idolised him. In fact, they still do. He’s a Bolton legend despite things ending on a sour note.

Just two years after guiding Bolton to the Millennium Stadium, Okocha was stripped of the captain’s armband following ongoing rumours concerning his future. Reports claim Jay-Jay was desperate for a mega-money move to the Middle East and therefore refused a one-year contract extension.

So when his contract ended in the summer of ’06 Okocha signed for Qatar SC, he spent a year there scoring six goals in 41 appearances before returning to England. Okocha turned down offers from Real Salt Lake and Sydney FC to sign for Championship outfit Hull City. Aged 34 Okocha was plagued with injury and made just 18 appearances as Hull gained promotion to England’s top flight for the first time in their existence.

Jay-Jay changed his mind on a proposed retirement following Hull’s promotion success. He wanted another crack at the Premier League, but the Tigers had other ideas. Instead of offering Okocha a new contract in the summer, they released him on a free, practically forcing him into retirement.

Jay-Jay Okocha’s fine form for Frankfurt earned him his first international cap in 1993, but it was his second appearance for the national side where he introduced himself to the Super Eagles fans in style. Trailing 1-0 to Algeria in a must-win World Cup qualifier, Okocha bagged an equaliser with a trademark free-kick before helping the side to a 4-1 victory. The win helped Nigeria reach their first-ever World Cup, where they were knocked out by Italy in the last 16. That year Okocha was also part of Nigeria’s African Cup of Nations winning squad.

Two years later and there was more international success for Okocha and Nigeria, this time at the Atlanta Games where they won gold. At the 1998 World Cup, the Super Eagles failed to live up to the hype, despite Jay-Jay’s best efforts.

Okocha scores 14 goals in 73 appearances for his national side over the course of 13 years. What a player, one of Nigeria’s greatest of all time.

Where is Jay-Jay Okocha now?

In 2015 Jay-Jay Okocha was appointed Chairman of the Delta State Football Association. He later that year expressed his desire to become the Nigeria Football Federation President, something he’s still pursuing today.

Did you know? Interesting facts about Jay-Jay Okocha

– Okocha acquired Turkish citizenship during his spell at Fenerbahçe. 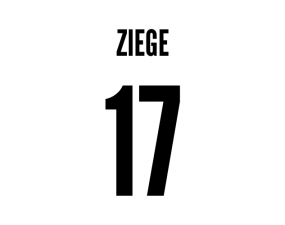 Jaap Stam: The Rock of Kampen