Carlos Valderrama began his footballing odyssey like most players do, close to home. He was born in the Caribbean coastal town of Santa Marta, Colombia, and grew up playing for his local club, Union Magdalena. It was there that he earned his nickname, “El Pibe”, which means “The Kid.”

The nickname was due to his slight build and height. His lack of stature required him to focus on the development of his technical skills. To say it worked is an understatement. During his career, he was known for his wide range of technical skills and precise passing range.

Valderrama played three seasons for Magdalena, scoring 5 goals in 94 appearances for the club.

In 1985, Valderrama moved to Millonarios but played just one season before moving on to Deportivo Cali.

After a disappointing spell in Bogota, Valderrama found a home in Cali. The midfielder spent more time with Deportivo Cali than any other Colombian club. He made 131 appearances, scoring 22 times. It was during his time in Cali that he broke into the national team, and grew his reputation.

Part of the growth in reputation had to do with how recognizable Valderrama was and remains today. Sporting an enormous blonde afro, mustache, and jewelry, Valderrama stood out like a sore thumb in South America.

Looks don’t make the footballer though and once people saw past the flashy look they noticed an equally flashy player. Valderrama’s game was founded on his elegance and grace on the ball. He complimented that with quick feet and a quicker mind.

After his time in Cali, Valderrama made the jump to Europe.

It was in France, with Montpellier that Valderrama’s physical limitations were exposed. He was overwhelmed by the physical and fast European game. His playing style was built in a country that allowed him time and space to work with and didn’t require him to worry too much about his defensive responsibilities.

In Europe, things were different. Sure, his teammates would pass him the ball knowing he wouldn’t lose it, but his game lost the patience and flow that he enjoyed in South America. He never seemed at ease like he had in Colombia.

In a team that included future French captain, Didier Deschamps, he lifted the Coupe de France with Montpellier in 1990.

If he was uncomfortable in France, his next move turned out to be downright painful.

In July 1991, Valderrama moved to Real Valladolid in Spain. In theory, the move should have been a natural fit. The language is the same, cultures are similar, and the football would have complimented Valderrama’s skills better. Valladolid’s coach was Pacho Maturana, a Colombian who would lead Colombia into the 1994 World Cup.

But by the following July, Valderrama was headed home to Colombia, having played just 17 matches the entire season. The club finished in 19th place and was relegated to the Segunda Division.

Valderrama’s transfer home turned out to be the blessing he needed to restart his career, though not initially. After six months at Independiente Medellin, he was sold for $1.32 million to Atletico Junior.

This would be the period of Valderrama’s career where he would have the most club success. In three seasons with Atletico, he won two Colombian Championships. He made 82 appearances and scored 5 times.

Despite his country’s difficult experience at the 1994 World Cup in the United States, Valderrama must have enjoyed the country because when Major League Soccer started in 1996, Valderrama was in the States as a member of the Tampa Bay Mutiny.

In reality, Valderrama was 35 years old and the opportunity to play in a league that would have a lower skill level than in Colombia allowed El Pibe to extend his career while living in America.

He was an instant sensation.

Unlike many players in the league, Valderrama was a known quantity even to casual fans. And unlike so many other aging stars, Valderrama didn’t come to collect a paycheck, he came to play.

He led the Mutiny to the league’s first-ever Supporter’s Shield, given to the team with the most points at the end of the regular season. He was also named league MVP after a debut season with 4 goals and 17 assists.

El Pibe was a star. The team sold blonde afro wigs in the team shop and they dotted the stands wherever the team played.

After a second season with Tampa Bay and an offseason loan back to Deportivo Cali, Valderrama moved south, to Miami. Valderrama played two seasons for the Miami Fusion.

He returned to Tampa Bay in 2000 and created goals at an unparalleled rate. Valderrama recorded the only 20+ assist season finishing with a total of 26 assists. The record has yet to be broken and likely never will be.

Valderrama spent one final season in Major League Soccer with the Colorado Rapids before hanging it up for good.

Carlos Valderrama spent a remarkable eight seasons in Major League Soccer, making 175 appearances. He scored 16 goals and an incredible 114 assists. The assist total is good enough for fourth all-time in league history. In 2005, Valderrama was named to the MLS All-Time Best XI of the league’s first decade.

Valderrama was crucial to the development of the game in two countries throughout his career.

For Colombia, he was a leader and its greatest-ever player who made a nation dream. He was also responsible for helping the country to heal after 1994.

In the United States, Valderrama helped legitimize a fledgling league. He came to play well and win, and he did. He was a star and remains a legend of the league to this day.

Carlos Valderrama proved so much is possible from the center circle and he inspired fans all over the world.

Because Carlos Valderrama spent so much of his playing career in his native Colombia, it was on the international stage that most football audiences came to know “El Pibe.”

His first appearance for Colombia came in October 1985 in a World Cup Qualifier against Paraguay. Colombia failed to make the World Cup in 1986 and because of that Valderrama’s first senior international tournament was the 1987 Copa America.

That tournament, the 1987 Copa America was a coming-out party of sorts for Valderrama. With the captain’s armband on his sleeve, he pushed his team to a third-place finish in the tournament. Valderrama picked up the tournament’s best player award.

It was a sign of the “Golden Era” of Colombian football that was to come.

Valderrama was once again captaining his country when the Colombians rolled into the 1990 World Cup in Italy. Valderrama was again the star for Colombia, scoring a 20-yard strike to help his team to a 2-0 victory over UAE in the opening group stage match. Valderrama was also responsible for a last-minute assist against West Germany that clinched a berth in the knockout rounds.

Colombia’s tournament would come to a close the following match in the Round of 16 with a 2-1 extra-time loss to Cameroon.

Valderrama was yet again at the center of their greatest triumph when they hammered Argentina 5-0 in Buenos Aires to clinch their place in the 1994 World Cup. On the backs of this monumental victory, Colombia entered the 1994 World Cup as one of the favorites to win the entire thing.

The “Golden Era” of Colombia came to a crashing conclusion at USA ’94.

A pre-tournament injury put Valderrama’s place in the squad in jeopardy, but he managed to get healthy in time. It was an omen of things to come.

The Colombia squad crumbled under the weight of expectations, which came from fans and more nefarious sources at home. After their opening round defeat to Gheorghe Hagi’s Romania, members of the squad were threatened in their team hotel by what were suspected to be cartel members.

Colombia was officially knocked out after their second game, a 2-1 loss to the United States. Talismanic defender Andres Escobar knocked in an own goal that ended up costing him his life after he returned to Colombia. Colombia won their final group match 2-0 against Switzerland, but it was too little too late.

The stunning early elimination and subsequent murder of Escobar cut a hole in Colombian football that took years to fully repair.

Despite this Colombia finished a strong 3rd place in the 1995 Copa America tournament with Valderrama retaining the armband.

Valderrama led his country to one final World Cup tournament in 1998, scoring 3 goals in the qualification leading up the tournament. It was an aging Valderrama that showed up in France. At age 37, he was no longer able to run the game at the highest level.

Colombia suffered for it and was once again knocked out in the group stages with a win and two losses. The final round loss to England would be Valderrama’s final international appearance.

He finished his career with a Colombia record 111 caps and 11 goals. He represented Colombia at five Copa America tournaments and 3 World Cups.

With his hair as colorful as the Colombia kit he wore on his back, Valderrama came to exemplify the best of Colombian football through a simultaneously dark and glorious period in the country’s footballing history.

Where is Carlos Valderrama Now?

After he retired, he stated he had intentions of going into management, and even one day managing the Colombian National Team. So far, he has only spent one season coaching, as an assistant manager for his former club Atletico Junior. As that was in 2007, it’s unlikely that Valderrama is going to make a career of it.

These days Valderrama splits his time between Colombia and Miami, where he formerly worked for Futbol de Primera, a Spanish language radio network covering football. His colorful personality and vast experience made him the perfect host.

-Carlos Valderrama was the only Colombian named in Pele’s Top 125 Living Footballers list.

-There is a 22-foot bronze statue of Valderrama outside the stadium in his hometown of Santa Marta. 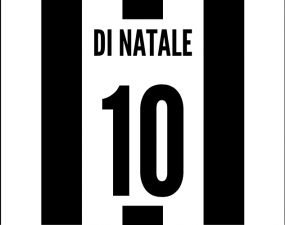