With the new season in full flight, the latest instalment of Konami’s Pro Evolution Soccer franchise is upon us and has gamers around the globe freaking out over the newest player upgrades and downgrades. In our latest article, we profile the 10 best attacking midfielders (AMF) in PES 2021.

Martin Ødegaard was only 16 years old when he moved to Real Madrid. Like most youngsters who’ve had the spotlight on their career at such a young age, Ødegaard struggled to make a significant impact. After spending 3 seasons at Real Madrid Castilla, the Norwegian was sent on loan. It was at Real Sociedad that he finally found his feet and now back at Madrid, the youngster looks like he’ll be part of the first team for seasons to come. His in-game attributes include 90 dribbling, 87 ball control, 91 tight possession and 88 place kicking.

After spending a hugely successful period at Manchester City, David Silva finally moved back to Spain in search of a new challenge. Over the years, the diminutive midfielder has produced many jaw-dropping performances as Manchester City became a force in English football. Now 34, Silva may not be as fit as he used to be, but he’s still very much a top-class midfielder and leader. His downgrade from 88 to 85 is understandable considering how much he struggled with injuries last season. However, Silva’s in-game attributes still include 92 ball control, 87 dribbling, 90 low pass, and 92 tight possession, showing he’s still a world-class talent.

Philippe Coutinho endured a torrid time in Barcelona before securing a loan deal to Bayern Munich last summer. He was instrumental as Bayern won the treble with Coutinho scoring two goals in the semi-final demolition of his parent club, Barcelona. Now back at the Spanish giants, Coutinho is expected to become an integral part of Barca’s midfield with the club making wholesale changes to their team in the wake of their disappointing performance last season. Coutinho is by every means an incredible player. His attributes in PES 2021 include 90 ball control, 89 dribbling, 90 balance, and 87 low pass.

Alejandro Darío Gómez captained Atalanta to another 3rd place finish in Serie A during the 2019/2020 season. The Argentine midfielder was instrumental as he produced 16 assists to become the only player to achieve that feat in Seria A history. At 32, Alejandro is approaching the tail end of his career, but as we have seen before, the pace of Seria A allows older players to excel well into their late 30s. So you can expect to get a few more good seasons out of the talented playmaker. His in-game attributes include 88 ball control, 86 dribbling, 90 balance, and 86 low pass. For a 32 year old, Gómez is surprisingly fast with 83 speed and 88 acceleration. This means he can also play on either wing and as a false 9 as well. If you’re after versatility across in the front third Alejandro Darío Gómez could be your man.

Last season, Isco could only start 15 games for Real Madrid. He has never been a consistent starter, but his undeniable talents make it hard to understand how he’s so regularly overlooked. One common argument is his lack of end product. For all his brilliant ball skills, Isco simply doesn’t produce enough goals and assists to help his team. His modest return of one goal and two assists last season is probably why he has been downgraded to an 85 overall rating in PES 2021. PES fans will be happy to see Isco still manages to have 78 finishing, along with 91 dribbling, 92 ball control and 87 tight possession, meaning he can easily beat opponents and create goalscoring chances.

In the 2018/2019 Premier League season, Christian Eriksen scored 8 and provided 12 to cement his status as one of the most dangerous attacking midfielders in England. The season ended with the Danish maestro angling for a move that never eventuated. While he eventually got his wish and moved to Inter in the winter transfer window, Eriksen’s game is yet to recover from the troubles that surrounded his move away from Spurs. His dip in form has seen him downgraded from an 88 to 85 overall rating in PES 2021. However, Eriksen is still an incredible midfielder that could make a difference in any team in Master League. This is highlighted by his attributes which include 85 kicking power, 89 ball control, 91 low pass and 92 curl.

12 goals and 6 assists in the league for Bayern Leverkusen last season confirmed Kai Havertz as the generational talent he was touted to be. His incredible performances were enough to convince Chelsea to pay a whopping £71 million for his services in the summer transfer market. Now playing a starring role for club and country, Havertz is expected to develop into a phenomenal player in the coming years. His 94 potential in PES 2021 shows he’ll be a great asset to have in Master League mode for years to come. His attributes include 87 ball control, 85 dribbling, 88 speed and 84 tight possession.

Hakim Ziyech keeps his 86 overall rating in PES 2021. He played 21 league games last season and scored 6 goals while providing 12 assists for his teammates as Ajax won another Eredivisie title. His form finally earned him a much-anticipated move to England as he signed for Chelsea. While some are still sceptical about his ability to replicate his Ajax form in England, it’s hard to dispute Ziyech is a phenomenal talent. Able to play as a midfielder and a winger, Ziyech’s in-game attributes include 83 kicking power, 86 tight possession, 90 lofted pass and 85 curl.

One footballer doesn’t make a team, but one could argue that Bruno Fernandes completely changed Manchester United’s fortunes after arriving during the winter transfer window. He only played 14 games but managed to score 8 and provide 7 times for the Red Devils. His performances were just the push Manchester United needed to finish 3rd in the Premier League after a less than impressive campaign. Fernandes is an excellent playmaker who can score, provide, and control games with his intricate passing and movement. He earned an upgrade to 87 in PES 2021, with attributes like 89 kicking power, 86 ball control, 85 ball control and 90 lofted pass.

Kevin De Bruyne has been one of the best attacking midfielders in the world for the past 3 seasons. The Belgian’s passing, shooting, creativity, and ability from dead-ball situations have been unrivalled across Europe, with the exception of Lionel Messi and Cristiano Ronaldo. While Man City may have ended the season without a trophy, De Bruyne’s magic still saw him earn an upgrade to 92 overall in PES 2021. With 13 goals and 20 assists in the league, he was named the PFA Player of the Season. His in-game attributes include 88 kicking power, 92 ball control, 92 tight possession and 96 lofted pass. 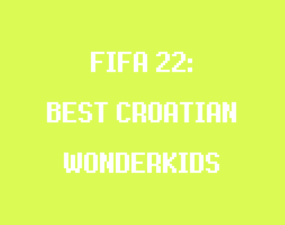