Football has a curious connection with animals. The most obvious entry point into this relationship is the beasts which adorn a huge proportion of club crests around the world. In the Premier League in the 19-20 season, 14 of 20 teams featured an animal in their badges. On the pitch, we talk of bulldog-like approaches, viper-like instincts and one-trick ponies. Football folklore has seen the White Horse final and a million cats on pitches. But for Englishmen and women, one animal tale is particularly evocative.

Pickles the dog, a scruffy collie, was born in 1962 and owned by Surrey native David Corbett. His life lasted just five years but, it is safe to say, he packed in more incident in that time than your average canine. He has a popular football culture magazine named after him, starred in the 1966 film The Spy with a Cold Nose and was named Dog of the Year not long after. Later on, he would win many further awards and have the events of his life recaptured in multiple television programmes.

The theft of the trophy took place in March 1966 and the specifics of its disappearance, not least who exactly took it, have never entirely been mapped out. In an age when security was not quite as strict as it is now, all that stood between the trophy and its thieves was a pair of glass doors and a thin wooden bar.

It stood in Westminster Central Hall where it formed part of an exhibition at the Stampex fair. The organisers gave the Football Association their assurances that it would be kept under lock and key and their constant vigilance for the duration of the event. One can only imagine the sinking feeling they had in their stomachs when, on their afternoon patrol, they discovered the doors of the trophy cabinet ajar.

On the floor lay the wooden bar that had kept the glass door together, the screws and bolts used to keep it in place lay discarded on the floor. The heist of such a prestigious artefact might conjure up visions of Oceans 11-style characters plotting in smoke-filled rooms and using the most high-tech equipment. But this was not a case of criminal genius, but rather an ineptitude from the authorities whose job it was to keep this priceless object safe.

The guards were subsequently, and understandably, chosen to be the first subjects of a police investigation. Their interviews, along with those of others working at the exhibition, provided little in the way of insight in terms of who could have committed the crime.

As the news broke in the papers the following day, London’s chief police force Scotland Yard was already neck-deep into investigations. This was a source of national embarrassment and one that needed to be resolved as quickly as possible.

The events which transpired in the wake of the theft of the Jules Rimet trophy have certainly added to the iconography of Pickles the dog. 1966 was a World Cup year, and the greatest show on earth was to be held in England for the first time in its history.

It was the eighth edition of the tournament, with Uruguay, Italy, France, Brazil, Switzerland, Sweden and Chile all hosting the event from 1930 to 1962. But in ’66, football was returning to its spiritual home, the island where it had been founded over a century earlier.

Although World Cups were not as politicised in the mid-20th century as they have become in the modern era, the tournament still functioned as a flagship for the host nation. The England World Cup would go on to be the highest-attended edition there had been, both in terms of total and average attendance.

It would, of course, be won by England. It remains the only time in the nation’s history that it has even reached the final of a major tournament let alone won one. Alf Ramsey’s side, who would come to be known as the “Wingless Wonders” after pioneering a system which was an early prototype of the 4-1-2-1-2 or narrow 4-3-3 formations, swept to victory beating rivals West Germany in the final. They overcame cult favourites, Eusebio’s Portugal in the semi-final and beat France, Argentina and Uruguay on the way to glory.

All in all, then, it was an enormously successful tournament for England. In the end, Bobby Moore was handed the Jules Rimet trophy by a young Queen Elizabeth. If it hadn’t been for the intervention of Pickles earlier that year, it’s no exaggeration to say that this great moment in the country’s history would have been sullied.

With three months to go until the start of the World Cup when the theft took place, it’s anyone’s guess what the Football Association would have done in terms of supplying a replacement for the trophy. Cry God for England, Harry and Saint Pickles!

It was Monday 21 March when then head of the FA Joe Mears was told by an anonymous caller that he had the trophy in his possession. The supposed thief informed Mears that he would receive a package the following day.

And so he did. A set of instructions were accompanied by the felt lining of the trophy. It wasn’t the classic severed finger in an envelope which is the hallmark of many a hostage situation, but it had a similar ominous quality. The demands were simple. The thieves wanted £15,000 – adjusting for inflation, that amount would be worth just shy of a quarter of a million in 2020.

The FA were told to take out an advert space in the London newspaper The Evening News which they would use to place a coded message detailing the logistics of the cash handover – if they did that then they would have the trophy back before the weekend.

It goes without saying that Mears was told in no uncertain terms not to contact the police. But he did, and a sting operation was formed in order to catch the man who had identified himself to Mears only as “Jackson.”

Jackson later rang the Mears household again, only this time it was Mrs Mears that answered the phone. Unfortunately, Mr Mears was in the middle of an asthma attack when Jackson made the phone call. So his wife handed the phone to one of the agents that were stationed at the house. Jackson told him that the handover should take place at the gates of Battersea Park

A decoy case full of fake notes was loaded up, and Detective Inspector Buggy made the trip to Wandsworth to make the transaction and receive the trophy. Jackson was skittish but did not notice that the notes were fake. The two men got into a car together and set off to the trophy’s supposed location.

But Jackson noticed a suspicious car following the pair of them, a car which, it transpired, was an undercover police car. At a red light, Jackson bailed from the vehicle and Buggy was forced to pursue on foot. The chase ended in a garden when Buggy, by this point horrendously out of breath, apprehended and arrested Jackson.

It turned out that Jackson’s real name was Edward Betchley. He was well known to officers at the police station as a petty thief – hardly a criminal mastermind. In a desperate attempt to make a deal with the authorities, Betchley claimed he did not steal the trophy but knew where it was and could retrieve it if he was given bail. It did not work.

He also claimed that he was nothing more than a go-between and that the real protagonist in this affair was a man known simply as “The Pole.” This mysterious man was never identified. The trophy was still not found. Enter Pickles.

Pickles to the Rescue

A week after the theft, the trophy was finally recovered. The discovery could hardly have come from a more unlikely source. Perhaps Pickles’ owner, David Corbett might feel slightly aggrieved at being given almost no credit for the trophy’s discovery. Corbett was returning from walking his dog on a lazy Sunday when he noticed what appeared to be a small bundle of newspaper in his hedgerow. Clearly curious, Pickles began to sniff at the package.

Corbett picked it up, untied the string which held the makeshift package together and was stunned when the paper fell away and revealed the famous old trophy. He immediately went to the police station and handed it into an equally stunned officer. The search was over, but the mystery certainly wasn’t.

A career criminal, Sidney claimed he was the first Englishman to lift the World Cup. But far from this being a carefully planned, money-minded operation, Sidney’s nephew revealed that the was essentially stolen as a joke. Security at the Stampex fair was so lax that, in Sidney’s mind, the trophy was practically begging to be taken.

He got away with it too. Sidney died in 2005, with the world still unaware of his theft. On the order of service booklet handed out at his funeral, a picture of the World Cup was emblazoned. 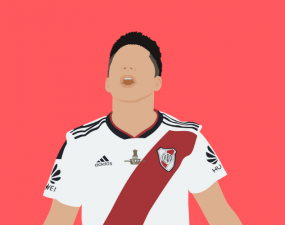 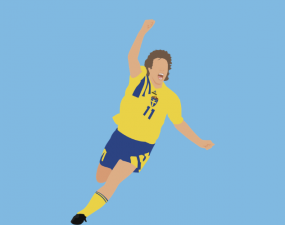 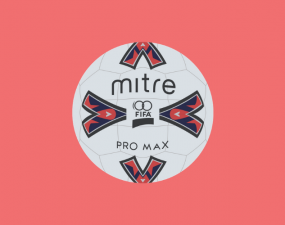 The Back-Pass Rule – The Law That Changed the Game

Throughout the history of football, there have been hundreds if not thousands of rule changes. The original copy of the …