Love it or loathe it, both iterations of the Scottish top flight in the modern era have played host to some of the most prolific strikers in British football.

Headlined by a Swede’s daring lobs at Paradise and an Ayrshireman’s taste for five-goal hauls against Dundee United, these are the ten all-time (combined) leading goalscorers from the Scottish Premier League and Premiership era of 1998-present day.

Even the most dedicated of Scottish football fans would surely be surprised by the inclusion of winger Niall McGinn on this list. The tricky wide player is a veteran of Scotland’s top flight, racking up nearly 300 appearances in a Celtic and Aberdeen shirt.

Better known for his technique, dribbling skills and vision, McGinn cemented his place in Dons folklore with an astonishing 20 goals in his debut campaign in red, earning several personal accolades in the 2012-13 season. The 33-year-old could rise even further up this list after returning to Pittodrie in December 2017 following a short stint in South Korea.

Very much the Highlands’ representative in this top ten list, Billy Mckay graduated from the Leicester City academy in 2007 but found his footballing home many miles north of the border with Inverness Caledonian Thistle.

Mckay is evidence of the value of the Scottish top tier, forging himself an international career with Northern Ireland thanks to his breakthrough first spell with Caley Thistle, where he bagged over 50 goals in spite of a barren first season in the Highlands.

Following an ill-fated £150,000 move to Wigan Athletic and an equally poor loan spell with Oldham, Mckay has re-established himself in the Scottish Premiership with Ross County, finding a home once more in the north of the country.

Unlike his English namesake, Dubliner Adam Rooney was never one for dramatic bicycle kicks or long range strikes, instead taking up the poacher’s role in Inverness and Aberdeen sides over a decade of Scottish top flight action.

The striker fired the Dons to League Cup glory in 2014, memorably thumping home the decisive penalty in a Celtic Park shootout against his former club, Inverness.

Although Rooney was criticised for leaving Pittodrie in favour of a move to the relative riches of Salford City in 2018, he was one of the deadliest marksmen outside of the Old Firm with 86 goals in 219 top flight appearances.

At last, a blast from the (not too distant) past. Welsh hero John Hartson signed for Celtic in August 2001 for a reported £6m transfer fee. He created an ever-lasting bond with Hoops supporters with his goalscoring prowess.

With three SPL titles to his name between 2001 and 2006, Hartson netted several key goals for an exciting Celtic side, including in the run-up to their 2003 UEFA Cup Final against José Mourinho’s Porto, which he sadly missed through injury. His 25-yard drive at Anfield is remembered as one of the best goals in Celtic’s 21st-century history.

While in 6th place on this combined list, Derek Riordan places third for goals in the now-abolished Scottish Premier League. The former Hibs number ten netted the majority of his 95 SPL goals in his first spell with the Easter Road club, breaking into the Hibs first team after his 20th birthday in January 2003 with plenty of promise.

A self-assured, poised attacker, Riordan picked up several personal awards en route to three consecutive seasons as Hibernian’s top scorer in the early 2000s. An underwhelming transfer to Celtic in 2006 hampered Riordan’s career, failing to hold down a first-team place before returning to the green and white side of Edinburgh two years later.

The free-kick specialist also won three caps for Scotland from 2005 to 2009.

In fifth place is Kenny Miller – a name many would expect to be higher up this list due to his status in the Scottish game. Miller has long divided opinion in Scotland, in no small part due to his moves between both Glasgow clubs.

While just seven of his 97 top flight goals came in the green and white hoops of Celtic, Rangers fans still debate his legend status as is often the case in the merciless world of Scottish football. That’s in spite of 71 strikes for the Ibrox club across three spells in Govan.

Possessing plenty of technique and marksmanship, the 69-cap Scottish international’s top flight goals tally began and ended outside of Glasgow with Hibernian and Dundee, respectively.

Aussie showstopper Scott McDonald was no traditional striker; he was a maverick, blessed with great agility, vision and nimble footing which allowed him to glide past defenders, with the knowhow to stick the ball in the back of the net on many occasions for Motherwell and Celtic.

McDonald scored perhaps the most dramatic goal in the 15-year history of the Scottish Premier League. With stewards surrounding all four sides of the Fir Park pitch sensing an impending uproar, McDonald’s late lob against Celtic on the final day of the 2004-05 season for Motherwell handed fierce rivals Rangers the title on a day which is now known as ‘Helicopter Sunday’.

The boyhood Celt eventually signed for the Parkhead club, bagging 51 goals in just 88 matches before making a nostalgic return to Motherwell in 2015.

Largely misunderstood by the national media and opposition fans alike, Leigh Griffiths is probably the most gifted Scottish striker of the last decade. Griffiths has that knack of getting on the end of a cross but is also a game-changer with outstanding quality from set-pieces.

He has lifted seven Premiership titles with Celtic, remaining the focal point of a dominant Hoops side with an average of 1.88 goals per game in Glasgow. His record, while littered with issues on and off the pitch, speaks for itself and he could add many more goals to his tally at the age of 30 years old.

The Scottish top flight has rarely been honoured with truly world class talent, but between 1997 and 2004, Henrik Larsson provided that – and more. While he now occupies second spot on this list with 158 SPL goals, the Swedish sensation held the record for most top flight goals until 2009.

Rather than running down his career with Celtic, Larsson was in his prime and was consequently unplayable. In the illustrious history of Celtic Football Club, he is regarded as one of the greatest, if not most popular, footballers to pull on the famous hoops.

Nicknamed ‘The King of Kings’, Larsson did it all for Celtic. From cup-winning strikes to a European Golden Shoe in 2001, the Swede also netted a record 35 goals on the European stage for Celtic.

Perhaps it’s the self-depreciating nature of Scots, but we tend to mock, undervalue and ridicule some of our greatest strikers. The fact that Kris Boyd, the most prolific goalscorer in Scotland’s modern history, won only 18 caps for his country speaks of his underrated talent.

Boyd’s impressive form for Kilmarnock received interest from several English sides, but he waited until his boyhood team, Rangers, came calling in 2006 to finally depart Rugby Park. A penalty-box striker with a thunderous right foot, Boyd propelled Rangers to two SPL titles and four domestic cups with over 100 goals in four and a half seasons at Ibrox.

He is one of few strikers to hit a century of goals for two different clubs, silencing his critics by reaching the same mark for Kilmarnock in 2016 to cement his place as a fan favourite in Glasgow and Ayrshire. A sizeable proportion of Boyd’s goals came against Dundee United, hitting five in one match against The Terrors on two separate occasions. 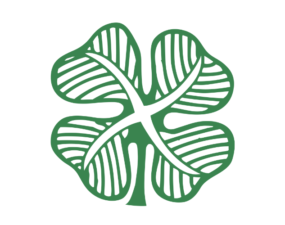 A great goalscorer is the foundation of the greatest football teams. At a club with 51 league titles, Celtic are … A History of Scottish Players in Europe

From the sun-kissed shores of the French Riviera to a Catalonian conquest, the global game of football has elevated the …