In the mid-2000s, Ruud van Nistelrooy was goalscoring personified. There was a spell where, no matter who he was lining up for, goals were guaranteed.

How ironic then, that one of the game’s greatest poachers initially started out as a midfielder. Van Nistelrooy was a central midfielder until he was 17 and it was only when he joined the Dutch second division side, Den Bosch, that he was converted into a striker. The goals finally started to flow in the 1996-97 season when he scored 12, and that was enough for top-tier side Heerenveen to sign him for €360,000.

Van Nistelrooy’s talent was plain to see and it was clear he was destined for bigger things. He played just a single season for Heerenveen, scoring 16 goals. That was enough to convince PSV Eindhoven to shell out €6.3 million for him the very next year. It was the highest fee agreed between two Dutch clubs at that time.

He wasted no time living up to his price tag. His first season at PSV saw him plunder 41 goals from 46 games, including 31 in the league. While PSV had to be content with third place, Van Nistelrooy took home the top-scorer’s prize and was named Dutch Player of the Year.

The next season saw Van Nistelrooy propel PSV to the Eredivisie title scoring 29 goals in the league and 32 overall. The gulf between PSV and other clubs was massive – they finished 16 points ahead of Heerenveen in second place and scored a whopping 105 goals. That was, in no small part, thanks to Van Nistelrooy.

All this had caught the eye of some of Europe’s big guns, including Manchester United. The Red Devils went in with an €18.5 million bid which was accepted by PSV, but the deal collapsed at the last minute after United expressed concerns over Van Nistelrooy’s fitness. A day after the transfer was cancelled, Van Nistelrooy injured his knee during a training session, ruling him out for the best part of the season.

The saga though had a happy ending. A year later, Manchester United were back in for the Dutchman, and this time, the transfer ended up going through. The fee agreed was €19m, a club record for United at the time.

But what a bargain it proved to be! Van Nistelrooy gave a glimpse of what was to come in his very first match – a victory against Fulham. With United trailing thanks to two goals from future teammate Louis Saha, the Dutchman scored twice to hand the Red Devils the win.

His first hat-trick for the club came in December when he scored three against Southampton. In his debut season for the club, Van Nistelrooy scored a whopping 36 goals, 23 of them in the Premier League. He also set a record by scoring in eight consecutive games.

The next season saw Van Nistelrooy at his lethal best as United regained the Premier League title. He scored 44 goals in all competition including 25 in the league, taking home the golden boot. His goalscoring record that year included three hat-tricks and it was impossible not to hand him the mantle of Europe’s top striker.

2003-04 started with Van Nistelrooy setting a new mark (10 games) for scoring in consecutive league matches. That record would stand for 11 years until Jamie Vardy broke it in 2015. While United finished the season behind Arsenal and Chelsea, Van Nistelrooy’s contribution was still prolific – he managed 30 goals from 44 games in all competitions.

The beginning of the end of his United career started the following season though. Van Nistelrooy missed most of the season owing to injury as United once again failed to rise above third place. He scored only six goals in the league that year.

His goal tally improved the next season, but Van Nistelrooy’s relationship with manager Sir Alex Ferguson was beginning to sour. It came to a head during the League Cup final when a benched Van Nistelrooy abused Ferguson for not bringing him on. It was an incident that Van Nistelrooy would later apologise for, but the damage had already been done.

There were also reports that he had a training ground altercation with teammate Cristiano Ronaldo. This was enough to convince Ferguson that it was time to move the prolific Dutchman on, and a transfer to Real Madrid was soon agreed.

As was the case in England, Van Nistelrooy did not waste any time in winning over Real fans. His first season yielded 33 goals and a Pichichi Award for the league’s top goalscorer as Real romped to the title. He won another league title the following season but ended the season injured. That was the beginning of a series of injuries, and he never really got going again in Madrid.

After leaving the Spanish giants, he had stints with Hamburger SV in the Bundesliga, and returned to Spain with Málaga but never really found his feet before hanging up his boots in 2012.

Ruud van Nistelrooy is one of the most prolific strikers to ever play for the Netherlands scoring 35 goals in 70 games. He is joint-sixth in their all-time scoring list.

The striker missed out on playing in a World Cup at his very peak following the Netherlands’ failure to qualify for the 2002 edition. However, he made amends in the 2004 Euros, scoring in every single group game.

Van Nistelrooy made the Dutch squad for the 2006 World Cup but scored only once in the tournament. A year after that tournament, he was involved in a dispute with then-Dutch coach Marco van Basten and temporarily retired from international duties. However, he returned to the fold four months later. Van Nistelrooy’s last international cap came in 2011.

Where is Ruud van Nistelrooy now?

After retirement, van Nistelrooy joined his former club PSV as a youth coach.

In 2014, he was called up to the Dutch national team once again, this time as an assistant coach to Guus Hiddink. He returned to PSV in 2018, taking over the U-19 side.

Ruud van Nistelrooy has also worked as a media analyst during big-ticket tournaments and is known for his charity work, most notably his involvement with the SOS Children’s Village.

– Ruud van Nistelrooy was reportedly snapped up by United after Alex Ferguson’s son Darren was impressed while playing against him.

– He scored 150 goals from Manchester United, but only one of them came from outside the box. 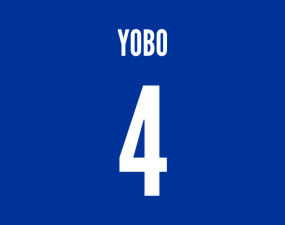 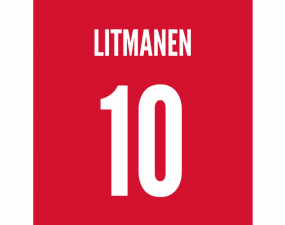