Donovan quickly became a starter for Bayer Leverkusen II but had difficulty adapting to life in a foreign country. He was often allowed to leave and spend extended periods of time in the United States while training with the youth national teams.

Eventually, enough was enough and Donovan was loaned to MLS club San Jose Earthquake in 2001. Change and the comforts of home were exactly what Donovan needed as he settled right in to work with the Earthquakes.

In 4 seasons with the Quakes, Donovan scored 32 goals and had 29 assists. He lead the Earthquakes to the 2001 and 2003 MLS Cup championships and was instantly the most recognizable face in American soccer.

In January 2005, Donovan returned to Germany. He featured in 7 matches for Leverkusen but requested a transfer at the end of the season nonetheless. It was his request that he return to the United States, despite some interest from English team Portsmouth.

Eventually, Donovan was acquired by Major League Soccer club Los Angeles Galaxy and was able to return home to Southern California. The Galaxy made him the highest-paid American player in the league.

The return was immediate for the Galaxy as Donovan scored 12 goals and added 10 assists on their way to winning MLS Cup, Donovan’s third league title. He added 4 goals and an assist in the playoffs alone.

In 2007, Landon Donovan was forced to share the spotlight with the arrival of former Manchester United treble winner and England captain, David Beckham. Donovan was required to give up his captain’s armband to Beckham on the Englishman’s arrival.

Despite the arrival of a global superstar, the Galaxy struggled. Donovan, on the other hand, reaped the benefits of the partnership and scored 20 goals and 9 assists.

Following the 2008 season, former U.S. National Team manager Bruce Arena was named Galaxy coach and Beckham left on loan to Italian club AC Milan. This move angered Donovan and caused a rift in the relationship between the two stars.

Winning cures all ills though, which is exactly what happened when Beckham returned from Italy. Donovan won MLS MVP, Goal of the Year, and MLS Cup with Beckham and the Galaxy in 2009 and the Beckham/Donovan relationship was salvaged.

Donovan, himself, had joined Bayern Munich on loan during the MLS offseason in 2008 but had returned before the MLS season had started. During the loan, he appeared in 6 Bundesliga matches for the Bavarian giants.

Following the 2009 MLS Cup-winning season, Donovan again went on loan this time with English Premier League club Everton. He played in 10 Premier League matches, scored twice and was named the club’s player of the month for January. Everton had hoped to extend the loan, but the Galaxy refused.

In the weeks leading up to the 2012 MLS Cup Donovan publicly stated that he would like to take a break from his professional football career, citing mental and physical fatigue. This was an interesting admission from the American star, but it would foreshadow an interesting end to his career.

Days after that admission, Donovan went out and helped Los Angeles’s win their second MLS Cup in a row. Donovan did his part in the final, scoring a penalty in the 65th minute.

Despite claiming to need a break, Donovan returned for the 2013 MLS season, albeit after the season had started. Upon his return, he handed the captaincy over to the Republic of Ireland international Robbie Keane. 2013 was a trophy-less season for the Galaxy but the drought wouldn’t last long.

The 2014 MLS season was a banner year for Donovan. During the season he broke Jeff Cunningham’s all-time goalscoring record of 134 goals. He scored the match-winning goal in the MLS All-Star game slotting home the winner past his former club Bayern Munich and goalkeeper Manuel Neuer.

The crowning achievement of the 2014 MLS season for Donovan though would come in December with Donovan’s 6th MLS Cup title. It was an incredible cap to the season in which Donovan announced he would be retiring following the season’s end.

For most MLS observers the move was not a surprise, as Donovan had threatened to retire 2 years earlier. However, Donovan was still young at just 32 years old. Would this really be it for Donovan?

In September 2016 it was announced that Donovan would make his comeback to the Galaxy for the rest of the 2016 season. He was working as the team’s television analyst at the time and noticed the club was dealing with a thin squad due to injuries. As Donovan put it “(The coaching staff) jokingly asked if I was ready to make a return to the field to help fill some of the void left by the injuries and departures.”

It was a match made in short-term contract heaven. He played in 6 league matches and the team’s 2 playoff matches and scored a goal. At the end of the playoff run, Donovan retired yet again.

In January 2018 Donovan once again returned to the pitch, this time signing with Liga MX side Club Leon. While the move was a nice story on the internet for a few weeks, the actual football was not as great. Donovan appeared in 6 games for the Mexican club, before the club terminated his contract in June. Donovan’s retirement was official this time.

In January 2019, Donovan signed with the San Diego Sockers of the Major Arena Soccer League, an American Indoor Soccer League. Donovan played 8 times for the indoor outfit and scored 5 goals. He was named the 2018-19 All-MASL Top Newcomer. Following that season he retired yet again.

Will he return from retirement again? Only time will tell.

If his career is truly over he finished his career with a remarkable resume. Donovan played in 511 professional matches and scored exactly 200 goals. He won 6 league titles and was named in the MLS Best XI team 7 times over the course of his career.

Because Donovan’s career was spent mostly in the States, a lot of his global recognition comes from his exploits with the U.S. Men’s National Team (USNMT). For Donovan, this started early. He was thrust into the spotlight after winning the Golden Ball at the 1999 U-17 World Cup as the tournament’s best player.

A call-up to the senior team followed shortly after that.

Donovan and the American’s took the world by storm at the 2002 World Cup in Korea/Japan. The Yanks opened the tournament with a shock 3-2 win over Portugal in which a Donovan cross deflected off a defender and went in the Portugal net.

His first World Cup goal came later in the group stage in a 3-1 loss to Poland. He scored his second goal of the tournament in a round of 16 match against regional rival Mexico. Donovan was named Best Young Player following the tournament.

His 2006 World Cup tournament was not as prolific as the team slumped to a group stage knockout and Donovan failed to register a goal or assist.

Donovan played every minute of the 2010 World Cup in South Africa as the Americans won their group. Donovan further etched his place in American soccer folklore with a stoppage-time winner against Algeria that not only ensured the Americans would advance from their group but would also top it.

By scoring in that tournament, Donovan became just the third American man to score in more than one World Cup.

Donovan was controversially left out of Jurgen Klinsmann’s 2014 World Cup team in a move that divided the American soccer community. This was essentially the end of Donovan’s international career, although there was a tribute match arranged for him in late 2014 as a proper farewell.

Donovan appeared 157 times for the United States, a total only one man has topped in American soccer history. His 57 goals are tied for most in U.S. history with Clint Dempsey. Donovan was part of 4 U.S. teams that won CONCACAF Gold Cups and was the tournament’s top goalscorer 3 times.

Where is Landon Donovan Now?

Following his retirement in 2014, Donovan took to the booth as a broadcaster for a number of American sports networks, lending his voice to the commentary of many U.S. National team games, as well as Los Angeles Galaxy games.

A new professional soccer team, the San Diego Loyal was recently established and Donovan is part of the ownership group. The team will begin to play in 2020 in the USL Championship, a lower division of the American soccer pyramid.

Following the announcement of the team and Donovan’s presence in the ownership group, it was subsequently announced that Donovan would be taking on a role as Executive Vice President of Soccer Operations and club Manager.

Donovan’s managerial debut will be in March of 2020.

Did You Know? Interesting facts about Landon Donovan

– Donovan has a twin sister Tristan.

– He holds Canadian citizenship through his father.

– Donovan was named U.S. Soccer Athlete of the Year 4 times. 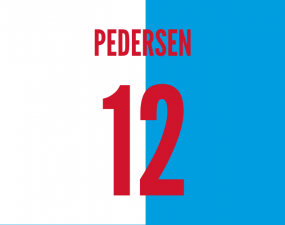