Standing at 6 ft 4 inch Georgios Samaras made a name for himself across Europe as a gangly target man. But he could play too. His touch, footwork and dribbling ability was massively underrated.

Born in Crete in 1985 Samaras was obsessed with Marco van Basten and spent most of his childhood playing football in the streets. When he was ten, he signed for his boyhood and local club OFI Crete. The club was also home to his father, Ioannis Samaras, who had played for the club in his younger years and was working as academy chief manager. As a result, Georgios regularly trained with the first team and spent a lot of time as a teenager behind the scenes at the club.

After six years at the club, Samaras was being tracked by Dutch side Heerenveen and in 2001 at the age of 16 he made the move. It wasn’t until the 2002/03 season that the youngster broke into the first team. He scored three goals in his first four appearances for the club, which resulted in a three-year extension clause being added to his contract. Samaras finished the season with five goals in 15 appearances in all competitions.

He scored another five goals in 36 appearances the following season, but it was his form throughout the 2004/05 campaign which attracted the attention from some of Europe’s top teams. 11 goals in 31 Eredivisie appearances had the likes of Arsenal and Manchester City on alert. But Samaras wanted to remain in Holland for another season.

Samaras’ excellent form continued into the 2005/06 season despite a minor leg injury. He scored six league goals in 15 appearances, and in January 2006 the inevitable happened. Samaras left Holland for the Premier League signing for Manchester City for a fee of £6 million, which made him the most expensive Greek player at the time.

The striker scored four goals in six appearances at the start of his City career, but at the beginning of the 2006/07 campaign, with the team struggling, the big money signing was subject to lots of criticism from the Man City supporters. The media also jumped on the bandwagon blaming Samaras and other foreign signings for City’s poor form. But Samaras hit back blaming Stuart Pearce for not giving him a solid run of games. He ended the season with just six goals in 41 appearances in all competitions.

Following the appointment of Sven-Goran Eriksson for the 2007/08 campaign Samaras found himself surplus to requirements. The Greek wanted to stay in the Premier League and prove his worth, but a deal failed to materialise in the summer transfer window which meant he had to remain in Manchester until January at least.

After a long six months, which saw him make just six appearances in all competitions Samaras eventually left the club in January 2008. Originally he wanted to remain in the Premier League and with the likes of Middlesbrough, Bolton Wanderers and Charlton Athletic all interested that looked to be the case, but it didn’t happen. Instead, he headed north and over the border signing for Celtic on a six-month loan deal.

The move to Celtic Park provided the big striker with a chance to rebuild his career and play his way into Greece’s Euro 2008 squad. A chance he grabbed with both hands. Samaras made 16 league appearances during the remainder of the season scoring five vital goals which helped Celtic secure the league title. He became an instant fan favourite. And so it was no surprise to see him sign for the club permanently later that summer.

His fine form continued into the new season. By the end of September, he was the league’s top scorer with seven goals and was named SPL Player of the Month. In October he suffered a knee cartilage injury which required surgery and was expected to be out for a couple of months. However, the Greek made a quick recovery and was back training in mid-November.

Celtic lost the title race on the final day of the season to Rangers, but there was some consolation beating their Old Firm rivals in the League Cup Final with Samaras featuring from the bench.

The 2009/10 season was one to forget for both Celtic and Samaras. They finished behind Rangers in the league and were knocked out of the Scottish Cup by lower league Ross County. Samaras scored just 12 goals in all competitions that season.

Celtic again finished behind Rangers in the 2010/11 campaign. Samaras missed a last-minute penalty in the Old Firm Derby with the game all square. Had he converted his spot-kick then Celtic would have won the league. The Greek didn’t end the season empty-handed though, as Celtic beat Motherwell 3-0 in the Scottish Cup Final.

After signing a new contract at Parkhead, Samaras put in a number of inspired performances throughout the 2011/12 season but just wasn’t prolific enough. He scored a mere four goals in 26 league appearances but still helped Celtic to the league title.

During the 2012/13 season, in a game against Spartak Moscow in the Champions League, Samaras became the first player in Celtic history to score in five consecutive away games in European competition. Samaras was back to his best that season scoring 14 goals in all competitions as Celtic secured back to back league titles and another Scottish Cup.

The 2013/14 season proved to be his last at the club and it was another successful campaign as Celtic secured the league title for the third time in a row. Samaras’ contract ended that summer, and as a result, he became a free agent.

Samaras returned to the Premier League with West Brom but failed to make an impact. By January 2015 he’d made just eight league appearances, all from the bench. On February 5th 2015 Samaras signed for Saudi side Al-Hilal on loan for the remainder of the season. After scoring two goals in 11 appearances, Samaras suffered a serious hip injury which ruled him out for the rest of the season. In July he had his West Brom contract terminated by mutual consent.

Later that summer Samaras was reportedly set to join Serie A side Sampdoria, but the deal fell through. According to reports, the club was unhappy with the results of his medical. At the time Samaras was recovering from a back injury.

He spent a few months in America before signing for North American Soccer League side Rayo OKC in March 2016. There he scored twice in 25 appearances before being released by the club in early 2017.

Samaras spent the rest of the 2016/17 season in Spain playing for Real Zaragoza, but he failed to make his mark. Later that year he signed for Turkish side Samsunspor where he made 26 appearances in all competitions. Following the conclusion of the 2017/18 season, Samaras retired from football.

Georgios Samaras was eligible to play for both Greece and Australia at international level, but was never approached by the Australian FA. Therefore he chose to play for the country where he was born.

He made his international debut aged 21 after impressing in Holland. The game against Belarus finished 1-0 with Samaras scoring the only goal of the game. He went on to be a prominent figure in the Greek side and was included in their squad for Euro 2008.

Two years later Samaras played a vital role in helping his country reach the 2010 World Cup. Where, despite playing in all three group games, he could do nothing to prevent Greece from crashing out of the tournament.

Samaras again played a significant role in helping his country qualify for Euro 2012 scoring a volley against Croatia in qualifying. He played all three group games helping Greece to the quarter-finals before being knocked out by Germany.

In 2014 Greece reached the last 16 of the World Cup for the first time in their history. Samaras scored a 90th-minute winning penalty against Ivory Coast to secure their place in the knockout phase.

Overall Samaras made 81 international appearances for Greece, scoring nine goals before playing his last game for the national team in 2014.

Where is Georgios Samaras now?

After a playing career that spanned almost 16 years Georgios Samaras is now the Vice President of hometown club OFI Crete.

– Georgios Samaras was eligible to play for Australia due to his father Ioannis being born in Melbourne. 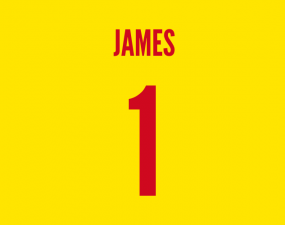