Often referred to as Big Dunc, Duncan Ferguson became a Premier League star at Everton. His physical, no-nonsense approach earned him a reputation for being one of the league’s hardest and dirtiest players.

Born in Sterling, Scotland, Ferguson played for youth side Carse Thistle before being signed by Dundee United as a schoolboy. Within months of signing for the club he made his professional debut against Rangers at Ibrox. He went on to make eight more league appearances that season along with five appearances in the Scottish Cup where he found the net three times.

The 1991/92 campaign would turn out to be Ferguson’s breakthrough season. He was a regular in the United side making 41 appearances scoring 16 goals in all competitions. He was the club’s top goalscorer that season and his good form continued the following season as he bagged 15 goals in 33 appearances. His strong displays attracted attention from Scotland’s big boys, and in 1993 he signed for Rangers for £4 million, a new British record at the time. His time at Ibrox though was a complete disaster.

In a game against Raith Rovers in April 1994 Ferguson headbutted John McStay off the ball. An incident which referee Kenny Clark failed to see. Subsequently, Ferguson was charged and found guilty of assault which resulted in a three-month prison sentence in October 1995. But prior to the case being heard in court the SFA banned Ferguson for 12 games, which resulted in Ferguson missing the remainder of the season.

He marked his return from suspension with a last-minute winner against Motherwell in the opening game of the 1994/95 season. That would prove to be Ferguson’s last goal for Rangers. In October 1994 Everton were struggling at the foot of the Premier League. Manager Mike Walker looked to change the Toffee’s fortunes by adding to his squad. Duncan Ferguson joined Gers teammate Ian Durrant on a short term loan at Goodison Park.

Ferguson played a pivotal role in saving Everton from relegation that season and was instrumental in the club’s FA Cup success where they beat Manchester United in the final to clinch their first piece of silverware in eight years. The Scotsman’s move to Goodison Park was made permanent halfway through the season by Walker’s successor Joe Royle.

However, the 1995/96 season was disappointing by Ferguson’s standards. The striker managed just 18 league appearances following a persistent hernia injury and his three-month prison sentence. The following two seasons he was back to his best. The striker scored 21 goals league goals in 62 appearances including a hat-trick of headers against Bolton, making him the first player in Premier League history to score a trio of headers in one game.

His first spell at Goodison Park ended in November 1998 when then-chairman Peter Johnson decided to sell the striker to Newcastle for £8 million. Both Ferguson and manager Walter Smith admitted to not knowing anything about the transfer until the deal was complete. As a result, Ferguson demanded a £1 million loyalty payment from Everton for not personally asking to leave the club.

Ferguson arrived at St James’ Park with high expectations, and he made the perfect start scoring twice on his debut. Things, though, soon went downhill. The Scotsman suffered a serious injury midway through the season which limited him to just seven appearances for the club all season.

With the new season came renewed hope. But it wasn’t to be as Ferguson once again suffered an injury which sidelined him for a large part of the 1999/2000 campaign. He went on to make 23 league appearances in total that season scoring six goals before a move back to Merseyside.

On August 17th 2000, Newcastle agreed to sell Ferguson back to Everton for £3.5 million. His return delighted the Toffees faithful, and in his first game back at Goodison he scored twice in a 3-0 win over Charlton.

However, Ferguson’s second spell at Everton was blighted by injuries and controversy. In April 2002 he was sent off for elbowing Bolton Wanderer’s Konstantinidis in an off the ball incident. Subsequently, game time became limited and goals were few and far between, which resulted in plenty of criticism for the target man.

The Guardian journalist Jamie Jackson famously called Ferguson “the biggest waste of money of all” referring to Ferguson’s poor disciplinary record, lengthy injuries and lack of goals. I mean he had a point to be fair. By August 2003 Ferguson had scored just 12 goals in 41 appearances in three years while earning a whopping £5 million.

More controversy followed in 2004 as Ferguson was accused of racially abusing Fulham’s Luis Boa Morte. However, the accusation was dismissed by the FA due to a supposed lack of evidence. Later that year Ferguson came on as a substitute but left the field within ten minutes after being sent off for elbowing Hermann Hreiðarsson.

Ferguson was dismissed again during the 2005/06 season for violent conduct against Wigan. After the incident, he famously confronted Paul Scharner and Pascal Chimbonda, which resulted in a seven-match ban. His Premier League red card tally was now at eight, equalling Patrick Vieira’s record.

On May 7th 2006 Duncan Ferguson was handed the captain’s armband in what would turn out to be the Scots’ final game for Everton. After not being offered a new contract Ferguson retired from progressional football that summer.

In total, he made 360 career league appearances in Scotland and England scoring 98 goals.

Duncan Ferguson made his Scotland debut in 1992 and went on to earn seven full caps for his country. However, in protest of the SFA’s 12 match ban for headbutting John McStay, Ferguson refused international selection from 1997 onwards. He believed the punishment was unfair and too harsh.

Where is Duncan Ferguson now?

After retiring from professional football, Ferguson spent five years in Mallorca with his family before returning to Everton where he took up a role at the academy.

Over the next four years, Ferguson worked towards his UEFA Pro License, and in February 2014 he was promoted to the first-team coaching staff under Roberto Martinez.

In December 2019 Ferguson was appointed caretaker manager of Everton after the dismissal of Marco Silva. In his first game in charge, Everton beat Chelsea 3-1 to climb out of the bottom three. Later that month Carlo Ancelotti was named manager of the club and the Italian made Ferguson his assistant manager.

Did you know? Interesting facts about Duncan Ferguson

– Ferguson was the first player in Premier League history to score a hat-trick of headers.

– He holds the joint record for most Premier League dismissals.

– Ferguson has four convictions for assault to his name. Two for altercations in taxi ranks, one in a pub and the other for head butting John McStay. 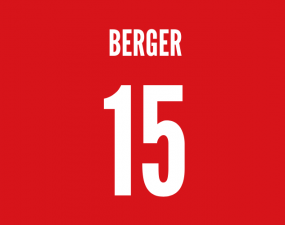