Born in the Cape Flats in the late 70s, Benni McCarthy started life in an area where gang culture, poverty and unemployment were rife. His story is one emblematic of so many other footballers, particularly from Africa and South America.

He overcame a challenging start in life and signed for Young Pirates, a youth team managed by McCarthy’s family. Later he signed for Crusaders, graduating from their academy and then being snapped up by Seven Stars, a First Division team and one where McCarthy would get his first taste of professional football.

Immediately, it was clear that McCarthy was a special prospect. He scored 38 goals in 56 league appearances and was aged just 18 at the time of his debut. Seven Stars were associated with Dutch giants Ajax, serving as a feeder team for their academy.

McCarthy was seen as having the necessary attributes to sign for Ajax, a team who are notoriously picky about the players they sign up and one who has produced some of the finest footballers in the history of the game.

He scored 20 goals in 36 league appearances in his first two seasons with the Amsterdam club, a feat which helped Ajax win the Eredivisie in the 97-98 campaign and the KNVB Cup twice in two years.

Next, he moved to Spain with Celta Vigo for a fee in the region of €6 million, a record for a South African player at the time. Though he started relatively positively, scoring eight goals in his first season in Vigo, a young McCarthy struggle thereafter, scoring just six more goals in his remaining three seasons in Spain.

A loan move to FC Porto would transpire to be one of the most important moments in McCarthy’s career. He was blistering in the 01-02 season, scoring 12 times in just 11 games. It was a return which would prompt manager Jose Mourinho to acquire the South African marksman permanently a season after.

In his first season as a permanent Porto player, McCarthy was instrumental in arguably the greatest season in the club’s history, winning the league and, even more significantly, the Champions League. He scored four times on route to the final, including a famous goal at Old Trafford which preceded Mourinho’s famous touchline sprint which introduced him to a global audience. It was the last time a team from outside the ‘Big Five’ Leagues was triumphant in the competition.

While still decent, his remaining seasons at Porto were less fruitful. They won the league again in 05-06 but were unable to reach the dizzy heights of 03-04, which was probably to be expected after the departure of Mourinho to Chelsea.

McCarthy moved to the Premier League with Blackburn Rovers at the start of the 06-07 season and was an immediate hit. He finished the season as the Premier League’s second-top scorer, second only to Didier Drogba. His 24 goals in all competitions in that campaign helped Rovers to a FA Cup semi-final which they narrowly lost to McCarthy’s old boss’s Chelsea side.

He struggled the following season. The arrival of Roque Santa Cruz from Bayern Munich meant McCarthy was no longer the leading light in Mark Hughes’s Rovers team. He stayed for a further two seasons but was unable to replicate the kind of form seen in his first season in England. Still, McCarthy is well thought of at Ewood Park to this day.

An ill-fated move to West Ham followed. McCarthy made 14 appearances for the Hammers in total, failing to score a single goal in his two seasons at Upton Park. This time is remembered mainly for Karen Brady’s disparaging comments about McCarthy’s weight.

McCarthy was ordered to lose a few pounds before he could return to first-team football – he didn’t and had his contract terminated at the end of the 10-11 season. It was an undignified end to an otherwise superb career.

Though McCarthy is Bafana Bafana’s all-time top scorer and the fifth most capped player in South African history, his international career was marred by one crushing blow: his omission from the 2010 World Cup squad on home soil.

2010 was a defining moment for South African football. McCarthy was (and is) a national treasure in the country and the nation was devastated that he was not included in the final 23. The decision prompted his retirement from the international game.

Prior to this, however, McCarthy enjoyed an excellent career. He represented South Africa at the 1998 Africa Cup of Nations where he finished as joint-top scorer. Earlier that year, he played and scored at the World Cup in France where South Africa performed creditably in the group stages.

He did the same at the 2002 World Cup in Japan and South Korea but once again South Africa narrowly missed out on reaching the latter stages of the competition.

He briefly retired from international duty after that tournament but returned not long after to seal his place at the top of the South Africa scoring charts.

Where is Benni McCarthy Now?

McCarthy had a brief stint as manager of his local side Cape Town City but was resolutely unsuccessful, winning just two of his first 18 games at the helm.

Other than this, McCarthy has opted to remain in the sport only through his punditry work in South Africa. He remains a television personality on the South African airwaves.

Did you Know? Interesting facts about Benni McCarthy

– A far cry from the Champions League Final: Benni came out of retirement to play for Scottish club Whitehill Welfare in 2014.

– Good with his voice as well as his feet: McCarthy released a 1998 single titled Shibobo alongside famous South African rap group TKZee. 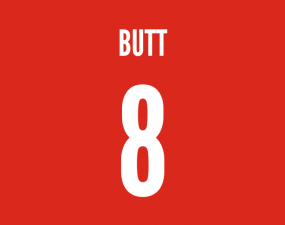 Yossi Benayoun: The Diamond from Dimona 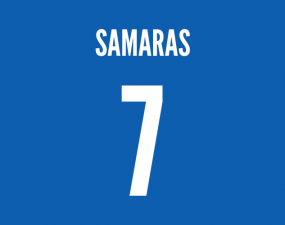