In this day and age, a footballer is usually judged to have ‘not made it’ if he isn’t playing for a top-flight club by the time he’s in his mid-twenties. However, Antonio Di Natale stands apart as a glorious example of a late bloomer. The Italian striker is now synonymous with Udinese – he is their top appearance-maker and goalscorer. But when he joined them, he was nearly 27 with only a couple of seasons of top-flight experience under his belt!

Antonio Di Natale was born in Naples but began his career with Empoli, then playing in the Italian Serie B. He made his debut for the club in the 1996-97 season, but that was to be his only appearance that season. Di Natale spent the next three seasons on loan at various lower division clubs. But by the 1999-00 season, he was considered a first-team regular, making 30 appearances and scoring seven goals.

In the 2001-02 season, Di Natale, who was playing alongside the likes of Tommaso Rocchi, Mark Bresciano and Massimo Maccarone, was beginning to find his feet. He played a major role that season as his goals fired Empoli into the top tier of Italian football. Di Natale, now 24, was beginning to peak — his final season in the second tier saw him score 18 goals from 42 appearances.

The striker continued that form into his first season in Serie A, scoring 14 goals with 13 of them coming in the league. His goals were crucial as Empoli staved off relegation, only avoiding the drop on goal difference. However, his performances dipped the following season as he scored only five goals in the league. Without him at his free-scoring best, Empoli were relegated to Serie B.

Di Natale wouldn’t go down with them though. Udinese were keen on taking him to Stadio Friuli, and he soon began a long and fruitful stint with the club. Curiously, in his first three seasons, Di Natale was played in largely supporting roles. His first season with the club saw him score 11 goals, seven of them in the league where he finished his club’s third-highest scorer.

It was not until the 2007-08 season that Di Natale struck a purple patch – he scored 17 goals in the league, finishing joint-fourth on the goal-scoring list alongside such luminaries as Zlatan Ibrahimovic and Adrian Mutu. Di Natale was 30 by now and his club’s captain. Up until that point, this season was widely thought of as his peak. However, he surprised everyone in the coming seasons.

In the 2009-10 season, despite Udinese finishing a lowly 15th, Di Natale topped the Serie A charts with 29 goals. He was 32. The next season he repeated that feat, topping the scoring charts once again with 28 goals. This time though, Udinese too prospered – they finished fourth in the league and qualified for the next year’s Champions League.

Di Natale was far from done as the very next season, he repeated his best haul ever, scoring 29 goals again. That included five goals in continental competitions as Udinese, after bowing out to Arsenal in the Champions League playoffs, reached the last sixteen of the Europa League. Only Milan’s Ibrahimovic and Inter’s Diego Milito scored more goals than him in the league. Udinese once again soared high, finishing third in the league.

The following season, Udinese and Di Natale were once again knocked out of the Champions League before the group stage, this time being eliminated by Portuguese club Braga on penalties. But the veteran striker kept his head down and continued doing what he did best – scoring goals. He may have turned 35 during the 2012-13 season but he ended it with a whopping 26 goals in all competitions, 23 of them coming in the Serie A.

At the end of the season, Italian legend Marcelo Lippi, who was now managing Chinese club Guangzhou Evergrande, offered him the opportunity to join the club. The proposed move would have increased Di Natale’s wages by almost 800 per cent. However, he professed his love for Udinese and turned Lippi down. That was not the only time he would stand by his loyalty for the club — he twice turned down the opportunity to sign for Juventus, declaring his love for Udinese was more important than money and trophies.

Di Natale scored 20 goals in the 2013-14 season, but it was clear that his goalscoring prowess was on the wane. The next season saw 18 goals and the one after that saw him score just four. At the end of the 2015-16 season, after 12 years at Udinese, he announced his retirement from football.

Despite being a late bloomer, Di Natale developed into one of the most prolific Italian goal scorers of his generation. Blessed with pace, a knack for finding space in the opposition’s half, strong finishing and the ability to remain calm and composed in front of goal – he was a threat against any opposition. He’ll live long in the memory of Udinese fans and lovers of Italian football.

Antonio Di Natale received his first Italy cap in 2002, with then-manager Giovanni Trapattoni bringing him on during a friendly against Turkey. He kept getting the occasional international call-up, but with little success.

Up until 2006, he had only one international goal to show for his efforts, coming against the Czech Republic in 2004. Naturally, he was overlooked when it came to the 2006 World Cup, a tournament that the Italians would go on to win.

After the tournament, new manager Roberto Donadoni called up Di Natale to the team, and he played several Euro 2008 qualification matches. After scoring twice in qualification and twice in the warm-up games before the main tournament, Di Natale was handed a place in Italy’s Euro 2008 squad. However, that ended up being a tournament to forget for him. Not only did he draw a blank, but he also missed a penalty in the shootout against Spain that ended up knocking Italy out in the quarters. Spain went on to win the tournament.

Di Natale missed the 2009 Confederations Cup due to injury but regained his place in Italy’s 2010 World Cup squad. He did manage to score in the tournament – his lone goal coming in Italy’s final group game against Slovakia in a match that Italy lost 3-2. The tournament was a disastrous one for his team as the defending champions crashed out in the group stages.

The veteran striker had one more big tournament left in him – he was a part of the Italian team that made it to the final of Euro 2012. He scored once, against Spain the group stages. After a 4-0 loss to the Spaniards in the final, he called time on his international career.

After retiring as a footballer, Di Natale took a brief break from the sport before joining the backroom staff at Serie B side Spezia. He also gives the occasional interview to media, commenting on the fortunes of his former club and teammates.

Did you know? Interesting facts about Antonio Di Natale

– Despite having a stellar career with both club and country, Di Natale never won a major trophy.

– After his teammate Piermario Morosini suffered a cardiac arrest and died while playing, Di Natale took up the financial responsibility for his disabled sister for the rest of her life. 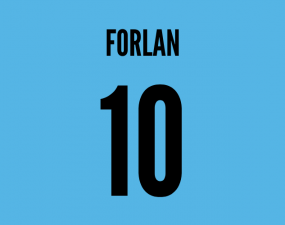