Throughout the history of football, the game has pivoted from one tactical system being in vogue to the next. In the early days of kick-and-rush, the WM would have been seen as revolutionary to the point of dangerously radical. But now, any system with just two out-and-out defenders would be crude, primitive and practically useless. In the past 30 years, the game has sped up, slowed down and sped up again. Formations have shifted from two-up front (4-4-2), to none up-front (false 9), to one up-front (4-2-3-1) and back again. One fascinating current which underlies all tactical advancement is that there is consistent a narrative, a story about which direction the game is headed.

When the painfully defensive Catenaccio became the most effective system in football – spearheaded by the era-defining Inter Milan team of the early 1960s – It was met by cries of doom and gloom – the beautiful game, people thought, was not mean to be played this way. Then came the apparent saviour, Total Football. The aesthetically beautiful, fluid tactical structure conceptualised by Rinus Michels and popularised by Johan Cruyff was seen as the complete antithesis of the paranoid Catenaccio to the point where it was considered almost morally superior.

Of course, talk of this or that system being somehow more ‘proper’ or ‘right’ is nonsense; playing in the manner which is most conducive to victory should be the game’s only meta-tactic. But in recent years, this discussion of the ‘right way to play’ has become central to the football lexicon. In huge part, this is down to Pep Guardiola’s innovative but intransigent way of setting up his teams which in itself came about, in narrative terms, as a response to Jose Mourinho’s ostensibly dour (but successful) approach to the game. These two coaches have come to define the tactics of the modern era – until recently, that is. Now, a certain bespectacled and charismatic German has arrived on the scene to make it a trifecta.

Gegenpressing: “the press is the best playmaker in football.”

To understand Jurgen Klopp’s philosophy, it has to be considered in relation to Guardiola’s tiki-taka which dominated the tactical canon of European football for almost a decade from 2008 onwards. This era saw Spain – who played with more than a subtle nod to Guardiola’s Barcelona – win three major international tournaments in succession and Barcelona win two Champions League with stunning football that is consistently described as the best ever.

Around the same time, Jurgen Klopp was appointed as manager of Borussia Dortmund and turned what was a mid-table team into title challengers and Champions League finalists. He did so by incorporating aspects of Guardiola’s teams’ football into his own. But while the world was mesmerised by the intricate dizzying, at times numbing passing of Barcelona, it was their strategy when they lost the ball which Klopp became a scholar of. The German was fascinated by how Barcelona’s players would close down their opponents when they lost the ball. They would usually send one man to hound the opposition player while others blocked key passing lanes; it was a tactic which required immense collective intelligence and superb individual instinct. Klopp saw the value in regaining possession as soon as it was lost but adapted the pressing model into a more blood-and-thunder, intimidating one. Instead of one player closing down, Klopp’s players are instructed to press en masse and either win the ball back or pressurise the opponent into playing a loose pass which can be easily intercepted.

Another crucial difference between Klopp’s and Guardiola’s press is the aim behind it. While the Spaniard’s teams would typically begin circulating the ball again without necessarily looking for the forward pass, Klopp’s would thunder forward and look to rush on to the resulting loose ball or progressive pass. While he has toned down the intensity of this tactic somewhat over the past two campaigns (which, not coincidentally, have been his finest with Liverpool) in order to offset the threat of potential counter-attacks being launched by oppositions who are composed enough to resist the manic press, it still remains a central feature of his game. A “good press”, Klopp says, “is the best playmaker in football”.

Gegenpressing – which translates literally to ‘counter-pressing’ – is now a worldwide strategy. Nowhere is it more evident than in Klopp’s homeland, Germany – almost every Bundesliga team employs a variation on gegenpressing. Currently, it is tentatively being adopted by teams all across Europe, too. Most of the top teams in England, Spain, France and Italy are being persuaded by the merits of the tactic and it has made for some of the most breathless football seen in the Champions League in the modern era. While smaller, less technically gifted teams are beginning to use gegenpressing too, at the moment it remains predominantly the tool of those who are well-equipped enough to play it.

Not a Game for Anyone: the skillset needed to employ Klopp’s press

So, what does this involve? Well, in order to enact such an intense strategy, a team’s players need to be both incredibly fit and incredibly well-drilled. Obviously, to relentlessly hound one’s opponent into mistakes and loose passes is a hugely physically exhausting exercise which requires being fleet of foot and high in stamina. But, arguably, attaining these admittedly high fitness levels is the easiest part. What is more difficult is mastering the teamwork which is needed to carry out an effective press. A press, after all, is only as strong as its weakest component. If one player is caught lacking, then the opposition can play a killer ball to a teammate, dash up the other end of the pitch and score, all before your team have had the opportunity to fall back into defensive shape.

Other aspects of Klopp’s Setup

The gegenpressing is an integral part of the foundations of Klopp’s ideas. But – in order for the picture to be complete – it must be complemented by an array of other tactical intricacies.

In Liverpool’s current, record-breaking, probably league-winning team, the front three get the most attention. And not without reason – Mane, Firmino and Salah have proved a truly devastating trio capable of turning a game in a single moment or piling on crushing pressure on their helpless victims. But the real heroes of the German’s system are the full-backs, Andy Robertson and Trent Alexander-Arnold. The way they push on makes the formation – which is nominally a 4-3-3 or a 4-1-2-3 – look more like either a 2-5-3 or even a 2-3-5. The intelligence required to know when to overlap or underlap, when to sniff out danger and drop back into defensive shape is what marks them out as the best full-backs in the modern game.

One of the other most valuable players in the current Liverpool setup is Fabinho, the Brazilian defensive midfielder who is both the rhythm setter when Liverpool look to build attacks from the back and the man who proves to be such valuable insurance when the two midfielders ahead of him go hunting the ball down in a press. If things go wrong for Wijnaldum and Henderson, they can be relatively confident that a commanding Fabinho will be there to pick up the pieces and get the ball back under control once more.

Firmino is the central striker in the 4-3-3 but in actuality plays more like a number 10. He drops deep to come and collect the ball from midfield and makes unselfish runs which draw defenders away from the spaces which the wingers, Mane and Salah, then look to exploit.

So that is a brief exposition of Jurgen Klopp’s tactical system. While, as a general trend, Guardiola’s style looks to be on the way out, Klopp’s is here to stay. It has already delivered Liverpool a sixth Champions League title and there is every chance that Anfield will see the return of the Premier League for a 19th time, taking them just one away from arch-rivals Manchester United.

Although they have an incredibly congested fixture list over the Christmas period, Klopp’s high-pressing, collectively intelligent, technically gifted bunch could be challenging on as many as five fronts this year (Premier League, FA Cup, League Cup, Champions League, Club World Cup). Whether they can sustain the level of physical vigour over this period will be endlessly fascinating. If Klopp’s track record is anything to go off, it’s sure to be a wild ride.

Because of its high-intensity, intimidating ethos, gegenpressing is often described as “rock ‘n’ roll”. With Salah the lead man, Fabinho on drums and Klopp pulling the strings, the band at Liverpool are certainly proving this to be a suitable epithet. 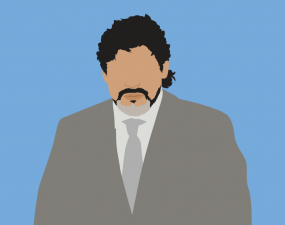 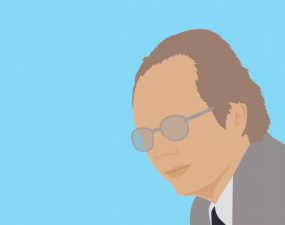 England’s so-called “golden generation” never scaled the heights that were expected of them. Quarter-finals were as good as it got. …