Looking for the best young players in PES 2020?

As the older generation prepares to bow out, there are several youngsters lining up to take their places. While some of these promising young footballers have already established themselves at some of Europe’s biggest clubs, a number of them are still looking to prove themselves and take the next step in their careers.

After making his debut for Olympique Marseille in 2016, Kamara has gradually worked his way to the first team and cemented his place as a starter in the 2018/2019 season. With 27 starts and 4 substitute appearances, Kamara enjoyed a stellar season in France’s Ligue 1 over the last year and many expect him to continue his rich vein of form in the coming seasons. He is rated 79 on PES 2020 and with a potential rating of 91 it’s clear just how highly rated this French wonderkid is. His strongest in-game attributes include 82 defensive awareness, 80 ball-winning and 80 heading.

France has a history of producing great centre backs and Melang Sarr is another one in what seems like a never ending talent production line. Still just 20 years old, Sarr has already made over 100 appearances across various competitions for Nice. Such is his talents that Senegal and France are at loggerheads over his international future. If he continues to develop like this, there’s no doubt that great things await Sarr. He is rated 79 on PES 2020 with 91 potential and his key attributes include 80 defensive awareness, 80 ball-winning and 82 speed.

Matteo Guendouzi was one of the few positives in Arsenal’s disappointing 2018/2019 season. Coming from the 2nd tier of French football, nobody expected Guendouzi to play as many games as he did last season. However, a good preseason ensured he got the nod to start ahead of more established teammates and the Frenchman hasn’t looked back. He’s rated 79 overall on PES 2020 and if he continues his development in this way, he’s expected to get close to his 91 potential on PES 2020. Some of his impressive attributes include 86 stamina, 80 low pass and 80 lofted pass.

Fresh from his breakout season at Juventus, Moise Kean earned a move to Premier League club Everton as he hoped to improve his chances of playing more first-team games. Last season, he started just 5 games for Juventus and scored an impressive 6 goals to show the world just what he’s capable of. Strong, skilful and fast, Kean is expected to develop steadily over the next couple of seasons and is highly rated by fans, pundits and critics alike. His 79 rating on PES 2020 is followed by 91 potential and his best in-game attributes include speed 83, acceleration 86 and 79 finishing.

Vinícius Júnior has long been touted as one of the worlds most promising wonderkids, and it is this potential that saw him earn a move to Real Madrid in the first place. Last season, he showed glimpses of that what he is capable with some encouraging performances in a poor Real Madrid team. The Brazilian has been compared to another Brazilian and former Real Madrid player, Robinho, and his dribbling skills and lightning pace have endeared him to the Bernabeu faithful. His 81 overall rating shows he’s already delivering on his exciting promise while his 93 potential shows there’s much more to come. His strongest in-game attributes include 92 dribbling, 86 speed and 86 tight possession.

Havertz is one of the players on this list who is already delivering on a consistent basis for club and country despite his tender age. At just 19, Havertz delivered a masterclass last season as he scored an incredible 17 goals and with a further 3 assists in the German Bundesliga. His ability to find the back of the net so consistently at such a young age has led many to predict a bright future for the German youngster. With a 93 potential rating, his future already looks bright in PES 2020, and his best stats in the latest edition of the game are 85 ball control, 87 speed and 84 dribbling.

You don’t find many players who are as good as Jadon Sancho is at age 19. Scoring and incredible 12 goals and providing 14 assists for his teammates, Sancho was Dortmund’s danger man last season. His speed, skill and passing abilities makes him a dreadful sight for any defence. His amazing ability to finish off chances is just about the icing on the cake. Already a starter for the England national team, great things are expected from Sancho in the next few seasons and his 94 potential on PES 2020 reflects this as well. His already impressive in-game abilities include 88 dribbling, 90 speed and 85 ball control.

Joao Felix Sequeira was in phenomenal form for Portuguese powerhouse Benfica last season as he notched up 15 goals and 7 assists in just 21 starts, in what was his breakout season. His performances drew admiration from all over Europe and Atletico Madrid paid his mammoth release clause to secure his services for the new season. It will be interesting to see how he handles the all the attention and pressures that come with such a massive transfer fee in the next few seasons. His current rating in PES 2020 is 84, while he has the potential to reach a massive 95 overall. His best abilities include 87 ball control, 85 dribbling and 83 finishing.

Unlike most players on this list who only just enjoyed their breakthrough season, Gianluigi Donnarumma has been around for a while now. Making his Serie A debut at age 16, the Italian goalkeeper has enjoyed 4 years of first-team action already. With Buffon now retired, he’s also the first-choice goalkeeper for Italy as well. Touted as one of the best keepers in the world, Gianluigi Donnarumma is already a well-known star in the game and many expect his status as a world-class goalkeeper to remain so for years to come. He is rated 85 on PES 2020 with an impressive 93 potential rating and his key goalkeeping attributes include 91 awareness, 90 catching and 96 reflexes.

Matthijs de Ligt was already well known as an excellent defender before the beginning of last season. However, a string of impressive performances as he guided Ajax to the Champions League semi-finals, and another Dutch Eredivisie title cemented the defender’s place as one of the best defenders in the world. Able to defend well and launch attacks with his excellent passing abilities, de Ligt earned a big-money move to Juventus in the summer and is expected to continue his development at Juve in the coming years. He is rated 86 in PES 2020, and with a potential rating of 96, he is most highly rated youngster in the game. His attributes include 88 defensive awareness, 88 ball-winning, 87 heading and 87 physical contacts.

Fans of PES 2020 will want to keep an eye on this list when searching for the best young players to add to their teams. Whether you’re a gamer starting out in My Club or Master League mode, or you’re looking to inject some youth into your ageing squad, these players can do a job for your team right now and have the potential to take your team to a new level in years to come. Don’t be surprised to see these names mentioned amongst the stars of world football the coming seasons.

Are you looking for the best overall players in eFootball Pro Evolution Soccer 2020? Check out our article at the link below: 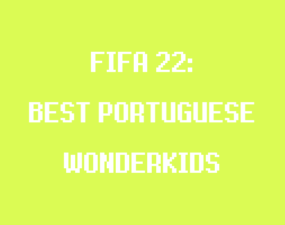