Blackburn Rovers’ Premier League triumph in the 1995-95 season was one which was hugely significant for English football. It was the first time since the creation of the Premier League that a team not named Manchester United had won the title and would remain so until Arsene Wenger’s arrival at Arsenal a few years later.

Rovers remain the only ‘town team’ to have ever won the league in its new form but, far from this being a significant victory in purely footballing terms, it was also one for the big money being poured into the Premier League. In this sense, Rovers’ victory was a bookmark in time between two distinct eras in English football history.

Here we will take a look at some of the background to the remarkable success of Kenny Dalglish’s team as well as the dramatic title race itself.

Pre-promotion and the Arrival of King Kenny

in 1991, Blackburn Rovers were in the Second Division – later rebranded the Championship. They had not been in the top-flight for some 26 seasons and, in that time, had been bouncing between the second and third divisions of English football. In fact, in the 1990-91 season, they narrowly avoided relegation to the third tier.

When Kenny Dalglish arrived later that year, it was the start of a new era for this small Lancashire club. Three years earlier they had been taken over by local steel magnate and boyhood fan Jack Walker. Walker’s millions and the attractive project he outlined had incentivised Kenny Dalglish – who had recently resigned from the Liverpool job – to re-enter the game at a much lower level.

His arrival ushered in an era of confidence for Rovers fans. As well as the outlay afforded for one Europe’s most high-profile managers, Jack Walker also sanctioned some big money transfers which would propel Rovers to the top of the Division One table.

They lead the pack in the second-tier for a great deal of their promotion-winning season but, in a turn of events which would mirror their triumph in the Premier League four seasons later, would dip towards the end of the campaign. They eventually finished in 6th place, the lowest position which would get them into the play-offs. They beat third-place finishers Derby County 5-4 over two legs in the semi-finals before overcoming Leicester City at Wembley to seal promotion to the Premier League in the competition’s inaugural season.

The newly-formed Premier League should have been a huge step-up for a team that finished in 6th place in the second-tier in the previous campaign, but Blackburn Rovers were not an ordinary, run-of-the-mill promoted team.

They again spent big on new signings, but there was one in particular who would be the catalyst for major success: Alan Shearer. They parted with £3.6-million to prize him away from Southampton and the Newcastle-born wonder made an immediate impact. He scored 28 goals in all competitions in his first season with the club and 34 in his second. It was clear to see why Shearer had been attracting interest from the likes of Manchester United prior to joining Blackburn Rovers and would do again in the future.

The club also brought in midfield maestros Stuart Ripley and Tim Sherwood, and defenders Graeme Le Saux and Henning Berg. All four would be central figures in the title-winning season in 94-95, particularly Tim Sherwood who would captain the side. Their dealings earnt them a 4th place finish in the Premier League in their first season back in the big-time, an achievement which is almost unheard of in modern times.

With the confidence of having finished just one point outside the UEFA Cup places, Blackburn improved on their league performance in the following campaign. They brought in goalkeeper Tim Flowers, midfielder David Batty and defender Paul Warhurst for a combined fee totalling more than £10-million. There was no denying the sheer amount of money that Walker spent was what catapulted them to their 2nd place finish in the 93-94 season – but the crucial detail is that they spent the money well – there was no frivolity in their recruitment policy.

Rovers now had the Premier League set firmly within their sights and made a couple of signings to improve their chances at the start of the 94-95 season. Right-back Jeff Kenna came in from Southampton while young goalkeeping prodigy Shay Given joined from Celtic. Most important of all was a 21-year-old Chris Sutton who put pen to paper with Rovers after his old club Norwich had accepted a bid of £6.75-millions from Rovers – a British transfer record at the time.

Many thought the fee paid for Sutton was excessive at the time, but he proved to be worth every single penny. His partnership with Alan Shearer – who was by now recognised as one of the best forwards in Europe – created the strike force known since as the “SAS”. They scored a combined total of 49 goals in the 94-95 campaign, setting each other up for many of them. They scored four hat-tricks between them, too.

Blackburn drew on the opening day of the season away at Southampton, Alan Shearer’s old club, and of course, Shearer got on the scoresheet. This was the start of a seven-game unbeaten spell which saw them surge to the top of the pile in the Premier League. They scored seven without reply against Leicester City and Coventry before labouring to a 0-0 draw against Arsenal at Highbury.

Their first defeat of the season came against Norwich City at Carrow Road where they lost by a 2-1 scoreline. This setback could not have come at a worse time as Rovers had a run of tough games coming up. The first of these, against Newcastle away, they showed signs of having been affected by the defeat as they could only manage a 1-1 draw. They returned to winning ways against a very impressive Liverpool side with a 3-2 victory at Ewood Park.

In October, Dalglish was preparing for one of the toughest challenges of the season. The first fixture against Manchester United was always going to be a tough hurdle to overcome both mentally and physically. As it turned out, Rovers lost the battle at Ewood Park by a 4-2 scoreline and Manchester United returned to the top of the Premier League in what was becoming a two-horse title race.

Showing the resilience typical of a Kenny Dalglish side, however, Rovers used the defeat as motivation to go on a 12-game unbeaten run in which they drew just once. In this run, they had excellent results against Queens Park Rangers and Nottingham Forest who they beat 4-0 and 3-0 respectively.

When their next defeat came, it was again against Manchester United – this time a 1-0 defeat at Old Trafford. Rovers then had something of a wobble, winning just once in four attempts before a 3-1 win away at Sheffield Wednesday set them on yet another strong run of form. This time, Rovers went without a loss in ten games, taking them to the final six games of the Premier League season.

The problem in the Rovers camp was that they had a very challenging run-in. Manchester United’s, by contrast, was relatively easy. Blackburn could only manage a 1-1 at Elland Road against a strong Leeds side. They then lost to the blue half of Manchester in a thrilling 3-2 clash at Ewood Park – it was only their second home defeat of the campaign.

Dalglish’s men scraped a 2-1 win over Crystal Palace but were far from convincing in doing so. Then came a real sucker-punch – a 2-0 defeat at West Ham United meant that Manchester United were really starting to breathe down their necks. The next game was absolutely crucial to their title ambitions.

Liverpool would finish 4th in the 94-95 campaign and were not pushovers by any stretch of the imagination. They were pushing for a UEFA Cup place that they knew only a win on the final day of the season would secure it for them. The narrative was added to by the fact that Kenny Dalglish – a Liverpool legend – could win the Premier League at Anfield, for a different team.

Manchester United meanwhile were away at West Ham United. They knew that if they won and Rovers didn’t, they would lift the Premier League title for the third season in succession.

Things couldn’t have started better for Rovers. They took the lead after 20 minutes, Shearer sweeping home in front of the travelling Rovers fans. They then heard the news that West Ham United had taken the lead against Ferguson’s United. However, things quickly turned. Manchester United equalised and then so did Liverpool. Everything was going wrong.

But Manchester United couldn’t press the advantage, and the news that the full-time whistle had gone at Upton Park filtered through to the Rovers fans. Liverpool and Rovers fans celebrated in unison; no one really noticed Jamie Redknapp’s free-kick fly in to make it 2-1. Blackburn Rovers were Premier League champions.

The Stories of Every Premier League-winning Team

Since its inception in 1992, seven teams have won the Premier League. La Liga has had five in that time, … In modern footballing discourse, conducted by faceless, 15-year-old Twitter users, it is widely accepted that Manchester City’s 3-2 win over … 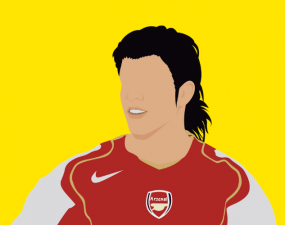